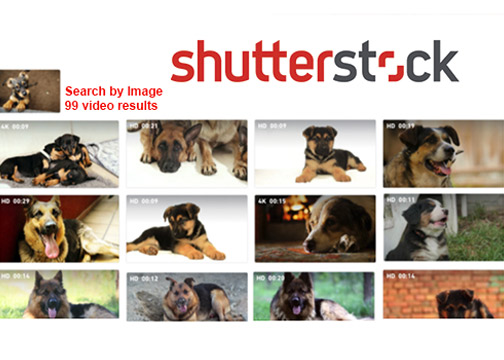 New York, NY—Shutterstock launched Reverse Image Search for Video, a search and discovery feature powered by computer vision technology. Filmmakers can upload an image and the AI-powered algorithm will instantly provide videos similar in look and feel to the original. As a result, the new tool overcomes the limitations of keyword search.

Moreover, the new feature empowers filmmakers to focus on what matters most—the video project. It makes it faster to find exactly what they’re looking for in Shutterstock’s footage library.

“This new feature comes from our dedication to making your discovery process more intuitive and efficient,” the company announced. “It’s rooted in our history of machine-learning experimentation and reverse image search innovation. And we powered it with our custom-built convolutional neural network that lets you execute a search by simply uploading an image instead of typing keywords.”

Essentially, reverse image search for video involves machine learning. Shutterstock’s neural network studies its library of more than 280 million images and 15 million video clips. It breaks them down at the pixel level into their principal features. In addition, it recognizes what’s inside each image; including shapes, colors and the smallest details. With every image broken into pixel data, the company’s visually similar search tool offers image matching and discovery.

Now, Shutterstock’s neural network analyzes every video clip in its library to identify the video preview image and capture the characteristics of the clip. Consequently, users can upload a photo, frame or screenshot that illustrates the clip they need. Then, the new algorithm provides videos similar in look and feel to the uploaded image.

For videographers and video editors, this is a handy tool. Need footage resembling a certain location? Need a scene that features a certain light temperature, wall color or object? They can show Shutterstock’s neural network what they need, and reverse search will do the rest. The goal is to make matching shots easier and help creatives maintain visual consistency for their clients or for their own brands.

If a filmmaker needs footage resembling a certain location, the algorithm won’t necessarily return results featuring the exact location; however, it will offer various options that capture the same look and feel of the uploaded image. For example, a videographer films a music video at the beach but is missing a few minutes of usable footage. Once he uploads an image, reverse images search for video will return clips of sun and sand to match it. This makes it easier to complement existing footage with B-roll, new angles, aerials, slow motion as well as static tripod shots.

Reverse image to video search can also find footage featuring certain production-based similarities. These may include clips that share a light temperature or videos that were shot in certain ways, like shallow depth-of-field footage. Matching stock clips to the look of a creative’s footage can take a lot of searching and editing. However, now compiling the clips needed to build a cohesive story is faster. In addition, video editing is easier because stylistic elements like color temperature are already handled.

Furthermore, if a client demands specific objects, shapes and colors, reverse image search for video is a benefit. Capturing an aesthetic, theme or color scheme is accomplished via Shutterstock’s neural network’s ability to locate clips featuring objects and tinted shots that match an uploaded example. In addition, if a filmmaker has a specific subject matter in mind—like a cinematic coffee pour for a café commercial—an image is all that’s needed to start a search.

“No matter the clip you need, no matter the composition of your uploaded image—close-up, wide angle, whatever. . . . Drag, drop, get your clip and get back to doing the best work of your life,” the company added. 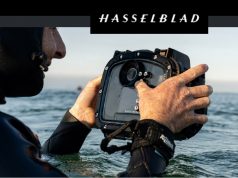