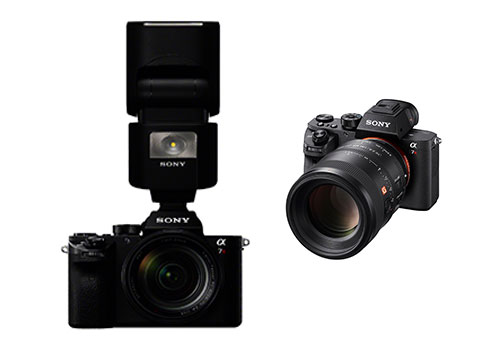 A specially designed mid-telephoto, full-frame prime lens, the 100mm STF is built to produce “unique, magnificent and beautiful bokeh while maintaining the exceptional standard of resolution that is showcased by Sony’s entire line of flagship G Master series lenses,” the company announced. The lens is marketed for portrait, fashion, nature and wedding photography.

Its defocus capabilities are made possible by an enhanced optical structure; it features a newly designed 11-bladed aperture and an optical apodization lens element. Similar to a neutral density filter that increases in density toward the edges, the apodization element creates transitions of in-focus to out-of-focus areas within an image. As a result, the lens produces soft, smooth bokeh that adds depth and allows subjects to stand out against defocused elements in both the foreground and background. Vignetting is also kept to a minimum.

The new mid-telephoto prime lens is offered as a lightweight, compact solution for a variety of Sony camera owners, ranging from working professionals to emerging enthusiasts that have stepped up to full-frame or APS-C cameras for the first time.

With its wide f/1.8 aperture, it can produce sharp portraits with soft background defocus. Aiding in natural-looking bokeh is a 9-bladed circular aperture mechanism.

Furthermore, the lens features a double linear motor system to enable fast, precise, quiet focusing. It also has a focus hold button that can be assigned with functions in the camera body. This could include the eye AF feature. Additionally, it provides a focus ring and AF/MF switch as well, and the lens is dust and moisture resistant.

This new radio-controlled flash, aimed at professionals, functions as a compact shooting solution when combined with the currently available wireless remote controller FA-WRC1M and receiver FA-WRR1.

Designed to complement the compact bodies of Sony’s E-mount cameras, it produces a maximum lighting output of GN45. This is to ensure sufficient illumination even when shooting with bounce lighting or high-speed-sync flash.

The radio capabilities of the HVL-F45RM allow it to be used as a transmitter or receiver up to 98 feet. As a result, it is well suited for creative lighting with multiple flashes. Additionally, because it is a radio-control flash, it does not require a direct line of sight between components to function properly.

Specs state the flash has a battery life of up to 210 bursts. In addition, the unit can tilt up to 150º vertically, a complete 360º horizontally and 8º downward. Other features include a large, bright LCD display, an LED light, a dust- and moisture-resistant body and a revamped menu system that mimics those of Sony’s newest camera systems.