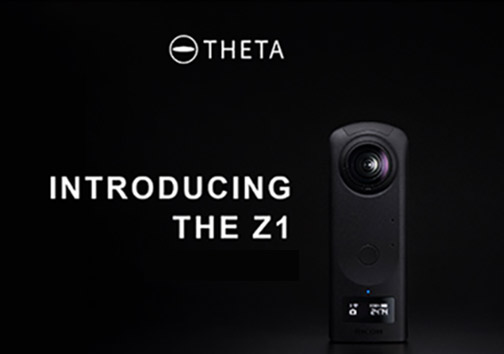 Since Ricoh launched the first 360º consumer camera in 2013, it has continued to evolve the category. As a result, the cameras are becoming an integral tool for the burgeoning industries of virtual reality (VR), social media, real estate and more.

The Ricoh Theta Z1 is the new flagship model, with Ricoh deploying its latest optical and image-processing technologies to achieve the line’s highest resolution and quality to date. The Z1’s compact main body incorporates a 1-inch backside-illuminated CMOS image sensor.

Moreover, it provides a range of shooting modes, such as aperture priority, allowing users to take high-quality images regardless of the setting. It’s also possible to shoot smooth, immersive 360º video in 4K (3,840×1,920) at 30 frames per second (fps) thanks to 3-axis rotational stabilization that effectively compensates for rotational shake.

Also, in addition to JPEG files, the Theta Z1 supports the Adobe DNG format (RAW), so users can perform image editing as with a DSLR. Furthermore, the Android-based system now offers flexibility in the number of expansions users can add to the Z1 via plug-ins.

The camera’s new multi-level aperture mechanism let users set the F-number to one of three levels: F2.1, F3.5 or F5.6. In places where the camera can take in a lot of light, the resolution of surrounding areas increases. Moreover, the new lens unit keeps ghosts, flares and fringing down.

To augment the immersive VR experience, Ricoh equipped the camera with a 4-channel microphone for 360º spatial audio recording. Recording omnidirectional audio, in both horizontal and vertical directions, makes it possible to reproduce sound and video as it was in the shooting environment by linking 360º video and audio. 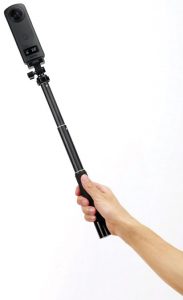 Other features include: shutter speeds up to 1/25,000 sec; 19GB of internal memory; the THETA+ application to edit still images and export image data files for printing; dual communication using Bluetooth and wireless LAN; and the new time-shift shooting plug-in that avoids capturing the photographer’s reflection in images.

Ricoh’s Theta Z1 will be displayed ahead of its official release at Ricoh Imaging’s booth during CP+ 2019. CP+ is at Pacifico Yokohama on February 28, 2019.