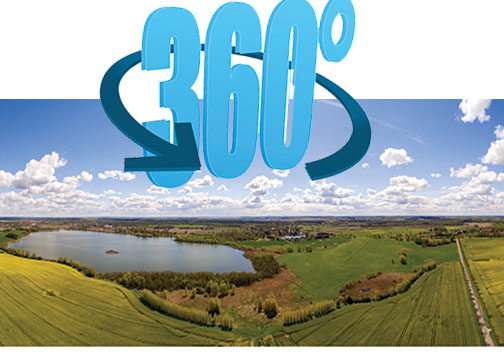 Shooting still photos or video in 360º is getting easier. The market is seeing more cameras supporting the spherical method, making the ability to shoot 360º images more accessible. With growing usage comes an increasing volume of content that could be shared with an audience, except editing and posting it usually requires a different set of tools.

Assessing quality will be a factor because of challenges in resolution. But the novelty in viewing scenes this way likely won’t be lost for some time, now that more players are rounding things out.

The key to 360º content isn’t necessarily that it’s spherical; it’s that viewers can interact with it. E-mail or post a 360º still image and it will appear distorted, unless special software is available to make the image look the way it’s supposed to.

Facebook and YouTube are the two most popular platforms supporting 360º content, though they do not treat photos and videos the same way. For example, YouTube can publish, playback and embed 360º video but not stills. Facebook supports both, even going as far as enabling the feature directly into its own mobile app. Users can select the 360 photo option and follow the on-screen guides to capture a panorama to turn it into a 360º shot.

The social media platform had already allowed them to use 360º images as a cover photo on their profiles. Facebook’s only real uploading requirement was that such images exceed 100º, which is a baseline that applies more to panoramic shots rather than anything a 360º-capable camera already shoots.

That does mean that single images taken from one lens on such a camera can be viewed interactively too. Several cameras have dual lenses that shoot simultaneously with images stitched together by software afterward. Shooting a 180º image with one of those lenses would count as an interactive image, in this case.

New virtual venues have since appeared, focusing on content creators. VeeR VR is a network devoted to 360º-only content. Momento360 is a browser-based platform designed to be agnostic to simplify sharing on the site itself. Or by using dedicated links, people can click on via e-mail, messaging apps or social media posts.

Teamplace is more of a team-based work or group collaboration tool, yet it has honed in on 360º content as well.

That’s on top of more popular options, like Flickr and Vimeo, which have embraced spherical content. You may not get a shortcut to either one in every 360º camera app, but uploading isn’t arduous.

It’s common for 360º camera manufacturers to offer their own software to stitch together images to get the spherical view. But most processing and editing beyond that tend to fall on dedicated programs.

That sometimes means you need to use their software to extract the files and be able to edit or share them. For example, the Vuze from Humaneyes Technologies uses a barebones mobile app. However, its Windows desktop app (Mac version is in beta) has all the trappings for pulling in the files, processing them and allowing for editing before they can go somewhere else. The reason for that is there’s no way to simply copy over an image to a phone or tablet directly from the camera.

In cases where you can, like with the Samsung Gear 360, 360fly 4K or Ricoh Theta V, for instance, there are tools available to quickly save and post through their own respective apps. If the mobile version can’t do it, there may be a desktop one that can. If it’s simply a matter of posting it to Facebook or YouTube, those apps already have shortcuts for that. They have detailed instructions on their respective websites outlining the steps.

Editing tools may be scarce, but Adobe did recently open native support for 360º photo editing on Photoshop.

Part of the strategy here is to make the content interactively viewable with virtual reality (VR) headsets. YouTube VR is freely available and works well on affordable headsets like Google’s Daydream View.

The Vuze takes more steps because you can use the content with a VR headset plugged into a computer, or store it on a compatible phone and use a mobile VR headset.

Samsung also has its own in the Gear VR. Place a compatible Samsung phone inside and it can display 360º content stored on it. Hardly surprising that Samsung also recently unveiled the 360 Round camera. The Round is aimed at professionals with its SRP of $10,500. It has 17 cameras and six internal mics onboard and is capable of live streaming in 4K at 30 fps per eye.

That’s in line with other similar rigs, like GoPro’s Odyssey 360, the Insta360 Pro and YI Technology’s Halo, except those can shoot in 8K.

More are popping up at midrange price points, including the GoPro Fusion and Rylo. Indeed, the Rylo offers the ability to stay focused on a point of interest during playback. It also allows users to crop out a 16:9 video clip from the wider scene.

Native file formats can sometimes vary, which is why dedicated software encodes the files during processing. This isn’t universal though. Some use MP4 with H.264 or H.265 (or HEVC) encoding right out of the gate. This makes it possible to simply drag and drop the video right off the memory card, should everything be saving to it, like some 360º cameras do. 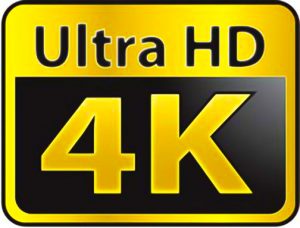 That process works best when onboard software stitches images together on the device itself. If that’s the case, then copying over files from a memory card is straightforward.

Third-party software can go further by encoding the files into other preferred formats, if you need to go that route to edit and then post it somewhere compatible.

While 4K video is highly touted for how the resolution displays on TVs, the number of pixels is too low to capture a 360º scene with the same crisp clarity. Artifacts or pixilation on the fringes isn’t uncommon, and stitching might not align properly in complex scenes. Night and low-light shooting is difficult for anything lower than the pro-level cameras. Hence, 8K models won’t be purely for professional shooters for long.

Still, shooting anything in 4K can lead to large file sizes. This is why the H.265 codec’s ability to retain the same information at roughly half the size is so appealing.

One way the masses catch on to a content trend is through their mobile devices. Getting 360º images shot by smartphones is already underway—not just with Facebook and other apps, but also with hardware.

The Essential Phone has a 360 camera accessory. Others, like the Insta360 Nano and Fishball, are 360º lens clips made for the iPhone.

Currently, however, spherical content hasn’t fully gone mainstream. Popular social media platforms like Instagram and Snapchat have yet to embrace it. However, workarounds abound online on how to hack your way through.

While it may seem disjointed or lacking in clarity, there are tools supporting 360º content available. And more are sure to follow. The ones mentioned here aren’t all of them. There are almost certainly other useful apps or services anyone can access with their growing library of 360º photos and video. These are a good head start.