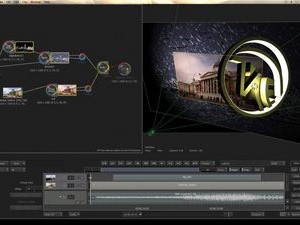 “The anticipation for Smoke, since its thrilling announcement at the National Association of Broadcasters convention in Vegas in April, has continued to build throughout the community of creative professionals. As a leader in high-end effects and 3D, Autodesk is committed to making that technology increasingly available to a new generation, and the new Smoke is case in point,” said Mark Strassman, Autodesk Media & Entertainment’s vice president of strategy and marketing. “The Smoke team has fielded thousands of inquiries and product recommendations in the process of developing Smoke 2013. I’m so excited to announce it’s here.”

Smoke 2013 is designed to meet the needs of professional editors working in video production, corporate video, online video and other competitive creative environments where productions require editing and effects. Smoke offers editing and effects within a single, timeline-based workflow, and it runs on a wide variety of Apple MacBook Pro and Apple iMac computers.

Extensive customer research and feedback received during the prerelease trial actively helped drive product development. New features that grew directly out of user recommendations include: the ability to drag and drop a clip from the source player into the timeline; the ability to expand/collapse the timeline FX pipeline area; and the redesign and streamlining of the UI and interface elements to speed up workflows.

Key software features include: an intuitive all-in-one creative workflow that combines track-based editorial, industry-standard editing conventions and Autodesk creative tools; ConnectFX which enables node-based compositing inside the timeline to allow high-end effects and advanced compositing without leaving the editorial environment; and a toolset with high-end finishing tools, action for true 3D compositing, the color warper for professional grading and color matching, and the master keyer for one-click chroma keying and stereoscopic 3D editing and effects.

Autodesk revamped Smoke to address a growing niche for editors who need to do more than just edit. In a recent survey of over 300 active users of the trial download, over half of which were new to Smoke, many respondents called out the benefits of having an all-in-one package that integrates editing and effects; 51% called out ConnectFX as the top feature.