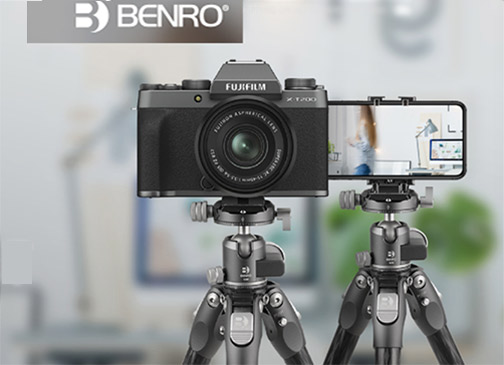 With an Arca-Swiss-style plate, the ArcaSmart 70 is compatible with most Arca-Swiss style ball heads, three-way heads as well as gimbal heads. Moreover, with the new device, photographers can utilize all of the features of each camera they own while still benefiting from a precision ball head, three-way head or gimbal head.

“Today’s content creators are always on the move; they don’t have time to waste switching between gear when they want to go from their hero shot with their camera to record some BTS or accompanying footage on their smartphone. The ArcaSmart 70 solves for this in an incredibly compact form,” said Brian Hynes, Benro’s Brand Marketing manager. “There’s not a creator I know who shouldn’t have at least one of these with them at all times.”

The ArcaSmart 70 fits most smart devices between 55mm and 85mm in width; either with or without a phone case. Moreover, it is both a camera plate and a smartphone adapter in one; with a three-way ¼”-20 screw included.

In addition, a cold shoe accessory mount enables photographers to mount a microphone; they can also attach lighting accessories. What’s more, the 2-in-1 device is made of high-quality CNC machined aluminum. It also features two stainless steel rods for securing a smartphone.

The company was originally founded in 1996 as a cooperative tripod manufacturer. However, Benro developed and began marketing its own brand name—Benro Professional tripods and heads in 2002.