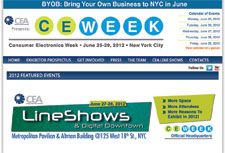 New York City, NY—Beginning with a VIP preview opening on June 26, the CEA Line Shows are featuring more than 140 major brands, innovators and start-ups who will showcase the East Coast’s largest assortment of new consumer electronics introductions on a single exhibition floor.

The 2012 CEA Line Shows, along with the Digital Downtown Conference, scheduled on June 27-28 at the Metropolitan Pavilion and Altman Building in New York City, is the official show headquarters of a weeklong series of consumer electronics technology events taking place in the city during CE Week, June 25-29.

Technology leaders on display include Intel, Sony, Monster, Pioneer, Honeywell, Hitachi, Creative Labs, while over 75 start-ups are introducing their products for the first time to members of the CE industry and the media.

Some of the new photo-imaging related products on display include: Liquid Image’s Ego, a pocket-size, mountable sports camera that records Full HD 1080p video and connects through Wi-Fi to Android and iOS systems; Otterbox’s Armor series of drop-proof, dustproof, crushproof and waterproof cases; and the Polaroid Z2300, a 10 megapixel digital camera with a 3.0-inch LCD screen that prints a 2×3-inch sticky-back print using ZINK technology.

Meet the Next Big Start-Up

The Eureka Park Challenge is CEA’s contest for entrepreneurs and start-ups. Over the course of two days, nine finalists will compete for top honors, including a free booth at the 2013 International CES. On Thursday, June 28 at 12:45 p.m. in the Metropolitan Pavilion, Metropolitan Suite, second floor, each finalist will present their inventions on stage.

Living in Digital Times will put the best and brightest in mobile app technology on display with the Wall of Apps and Mobile Apps Showdown. During the live showdown on June 27 at 4:30 p.m., 10 finalists will but their apps to the test and the audience will cast the deciding vote on the best app.

NY Tech Meetup will host the NY Tech Start-up Classic on June 27 at 6:45 p.m. Five companies will demonstrate the best that the New York start-up community is offering.

The editors of CustomRetailer magazine will also select three CEA Line Shows Innovation Zone exhibitors to square off for the magazine’s coveted Technovation Award on June 28 at 4:30 p.m.

Fry will be interviewed by Shapiro for a one-on-one discussion about the current state of retail at 9:20 a.m., June 27, in the Metropolitan Pavilion, Metropolitan Suite, second floor. The two will discuss what retailers are doing to stay on top in this economic climate as well as the challenges, opportunities and CE trends facing retailers.

NYCEDC’s Pinsky will kick-off day 2 of CEA Line Shows with a keynote presentation at 9:15 a.m. on June 28 in the Metropolitan Pavilion, Metropolitan Suite, second floor. Pinsky will talk about how the Bloomberg administration is working to build on the growth of New York City’s start-up community and secure a leadership position for the city in the 21st century innovation economy.

Other conference highlights include:

CE Blogosphere. A panel of the industry’s top bloggers discuss the new products they can’t wait to get their hands on. Moderated by Peter Rojas, cofounder, gdgt.

Kickstarting a Revolution. Kickstarter.com is now a legitimate platform to launch products. We’ll talk to innovators who are going to the public for funding after being turned down by VC and private investors while building a fan-base and viral buzz at the same time. Moderated by Brian Tong, senior editor, CNET.

CEA Industry Update. Join CEA’s top economist, Shawn DuBravac, who will provide a midyear reality check on how January predictions are faring and how the second half of the year is shaping up.

Mobile Apps Showdown. Join the action as the audience selects some of the best new apps. Moderated by Robin Raskin, president, Living in Digital Times.

CEA will launch its new foundation and reveal its first NYC-based grant recipient as well as announce the first 2013 CES keynote and other International CES news at 4:15 p.m. on June 27. 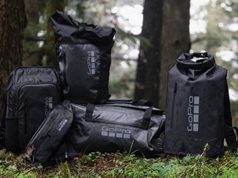 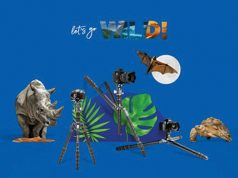