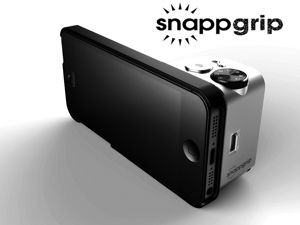 London, UK—cooltopia announced hardware integration with pro-level photography apps and social network tools for the Snappgrip, a snap-on camera case and controller designed to turn smartphones into point-and-shoot cameras with one-handed control. The snap-on controller for a smartphone has shutter, zoom and shooting mode controls to make it easier to take pictures.

Snappgrip will now work with the Jag.gr 645 Pro and PureShot apps, which provide high-quality image output with a real digital camera feel, and the Eico Design Weico+ app, an Instagram-type app that integrates into all of Western and Chinese social networks and chat platforms, such as Twitter and Facebook.

“We are thrilled to announce the Snappgrip integration with several serious high-end photo apps,” said Lee Harris, creator of Snappgrip. “We want Snappgrip to be every mobile photographer’s go-to accessory and hope that it will only enhance the amazing apps that they are already using such as the Jag.gr 645 Pro and PureShot, Weico+ and Jack Hollingsworth’s soon-to-be-released Passport app.”

“We’re very excited by Snappgrip,” commented Mike Hardaker, founder of Jag.gr. “It’s just a great fit for the apps we design and for photographers who take mobile photography seriously.”

Snappgrip features a tripod mount and a dedicated photography app for comfortable camera handling and phone use. The controller communicates with the Snappgrip camera app via Bluetooth and works with iOS and Android. The app includes features such as photo sharing and self-timer operation. The controller provides access to shooting controls such as: shutter function, a full press to take a picture, half press to focus; shooting modes (portrait, landscape, flash and video); and zoom functions to zoom in for close ups or zoom out for wide shots. The device includes a power switch and a micro USB connector for recharging with standard USB/micro-USB cables; its internal Li-Ion battery is said to last 60 hours on standby.
Snappgrip is now available for preorder for an SRP of $99. snappgrip.com 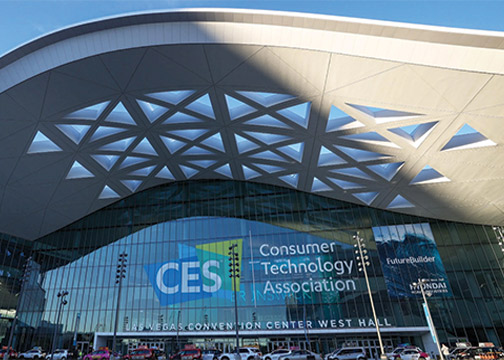