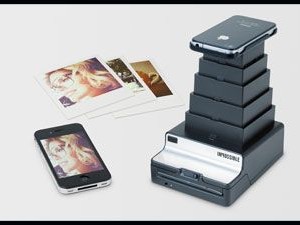 The device was designed to build a bridge between digital and analog instant photography. Via an iPhone, it can transform any digital image into an instant photograph that, no longer confined to a screen, can be shared and displayed.

As with an instant camera, the image is exposed “naturally”; users select an image on a phone, place the iPhone in the cradle and slide open the shutter on the base. A signal tells them when the exposure is finished. Once the shutter is closed, they can push a button and the Instant Lab ejects the instant film, ready to develop in the palm of a hand.

At the heart of the Instant Lab is Impossible’s new Impossible FPU (film processing unit) that processes and develops the newest generation of Impossible color and B&W film. Unlike classic Polaroid hardware, the Impossible FPU is engineered with an ecological rechargeable battery, allowing the use of the new Impossible film that doesn’t contain a battery.

“Our new FPU is the basis of a future range of more exciting and exacting analog instant instruments,” said Dr. Florian Kaps, Impossible’s founder. “The Impossible FPU was developed by the Impossible R&D team in partnership with DHW, based in the former Rollei Factory in Braunschweig, Germany.” 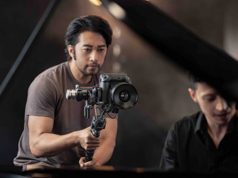