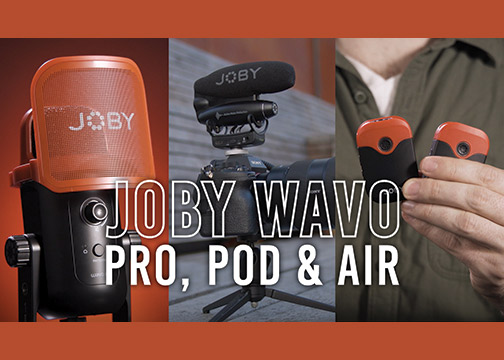 Ramsey, NJ—JOBY released a range of products for content creators and visual storytellers. The JOBY Wavo accessories include microphones, motorized sliders, as well as connect and charging cables.

The Wavo Pod is a large-diaphragm USB microphone for solo podcasting, streaming and content creation. Moreover, the mic’s design will help newbies get a polished sound via easy-to-use volume controls.

It also has two different pickup patterns that enable users to either capture sound from all around or focus on what’s in front of the mic. In addition, the mic works out of the box with computers and USB Type-C mobile devices. That’s due to its plug-and-play simplicity; 24-bit/48 kHz digital resolution; and two USB cables (Type-C and Type-A).

What’s more, it features a pop filter to tame strong “P” sounds. Its mounting system supports desktop placement, stand/boom mounting as well as attachment of 1/4″-20 threaded accessories, like a phone holder. The Wavo Pod has a suggested retail price of $99.99.

To create sound in the field, JOBY released the Wavo Pro DS and the Wavo Pro shotgun microphones. Both are a hybrid analog/USB camera-mount mics. Powered by built-in rechargeable batteries, each offers 60 hours of use on a single charge. What’s more, both use the same audio components to deliver broadcast-ready sound.

For cameras, laptops, and mobile devices, the Pro version provides active noise cancellation. Consequently, it cleans up the sound while recording. It also offers controls over EQ and other settings from a companion app. Moreover, it has an external TRS input to accommodate a second microphone. For instance, creators can add a Wavo Lav Pro omnidirectional lapel microphone that pins right to a shirt. SRP: $299.99.

The Wavo Pro DS is also for YouTubers, vloggers and mobile filmmakers; it works with cameras, laptops as well as mobile devices. The Pro DS provides pro-level features like gain and bass roll-off switches for optimizing signal quality.

It also has an activable safety track that helps users avoid distortion. In addition, LEDs shows audio levels and battery status. Furthermore, this mic has analog (3.5mm TRS) and digital (USB Type-C) outputs, making it compatible with various recording devices. However, it does not have active noise reduction; digital app-based sound management; or an external secondary mic input. SRP: $249.99.

It can work out of the box and sets up quickly with either a mobile device (TRRS cable) or mirrorless camera (TRS cable). The transmitters also double as microphones. Users can clip them to a shirt pocket for sound without the lav. In addition, the system integrates six-hour batteries. SRP: $249.99.

Content creators can use the system alone or pair it with the Wavo AIR expansion kit ($49.99). It bundles hook-and-loop fasteners; adhesive support; a cold shoe joint; a tripod attachment; as well as an accessory holder.

In addition, to add motion to videos and time-lapse productions, JOBY created a pocket-size slider—the JOBY Swing. The Swing ($179.95) is an app-driven portable electronic slider.

Controlled by the JOBY Motion app (iOS and Android), it mounts via a ¼-20″ thread on a tripod or GorillaPod and RangePod supports. The device weighs 0.8 pound yet can support 1.3-pound loads. It’s available as a stand-alone device or with a Phone Mount Kit ($149.95), as well as the Swing Complete Kit ($179.95).

Creators can also add 360º movement to mobile video or time-lapse footage with the new JOBY Spin ($89.95). The pocket-size 360º rotating base for smartphones was built in partnership with Syrp—makers of motion control accessories.

The Spin weighs 0.5 pound and is USB-C rechargeable. It also comes with a pan-and-tilt bracket for vertical and/or horizontal panning needs. The Spin is controlled via Bluetooth as well as the JOBY Motion app. It’s also offered bundled with smartphone mounts. 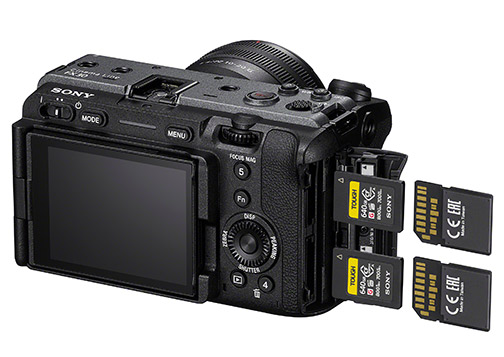 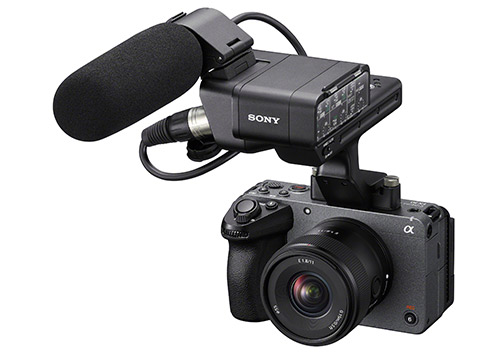