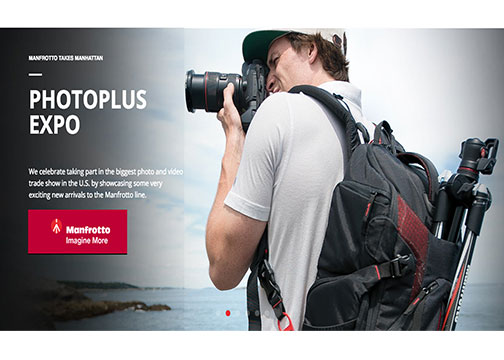 Befree Live is designed to meet the needs of the emerging mirrorless and DSLR camera content-creator communities, including vloggers and also mobile journalists. It is suitable for both indoor as well as outdoor use.

Manfrotto’s Befree Live foldable video tripod has all the characteristics of the Befree line. Among its distinguishing features, it boasts fluidity on pan & tilt as well as precise leveling. Furthermore, the pan bar is removable and foldable for portability.

The tripod is engineered to reliably support a payload of 8.8 pounds, yet it weighs 3.9 pounds. It extends to a height of 59.4 inches and folds down to 16.5 inches. It also features a sliding plate for use with an array of camcorders, as well as mirrorless cameras and DSLRs. In addition, it has larger feet and a special hook for stability.

Additionally, Manfrotto claims the Befree Live fluid video head is the smallest fluid video head available on the market. It provides fluidity on pan & tilt, has a removable and foldable pan bar on a very compact head, and is compatible with the existing Befree family, 290 Light and also all 40mm diameter tripods.

· Manfrotto XPRO Monopod+ line. Their full fluid base brings fluidity to all three axes in a compact solution, to allow hybrid functionality for still pictures and video footage.

· Manfrotto Befree Colors. Four colors were added to the tripod line, with larger feet and a center column hook for stability.

· Manfrotto Pro Light 3N1 Backpacks. These three-in-one carrying solutions are dedicated to commercial photographers as well as videographers on the go.

· Manfrotto TwistGrip for Smartphones. The new accessory is designed to enable smartphone shooters to take better images and also video.

· Gitzo Systematic Tripods & Monopods. With new ultra-stable feet, this line is marketed to photographers who use long lenses as well as heavy cameras.

· Xume Adapters. Boasting a patented magnetic system, Xume quick-release adapters permit photographers to quickly and safely lock the required filter on a lens—exactly when they need it.

· Metz. The M400 flash, announced at photokina, is 30% smaller than traditional flashes and includes continuous adjustable LED and a new easy-to-use interface.

· Bowens Generation X. Manfrotto also showed two new Bowens flash systems. The XMT is an all-in-one battery unit for location lighting. The XMS is engineered to be the go-to system for photographers who need “a function-rich and completely reliable flash in the studio.” manfrotto.us