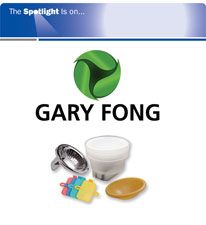 Gary Fong’s advice for camera retailers can be summed up in one word: Demonstrate! We caught up with the founder and CEO of Gary Fong Inc.—the developer of effective photographic flash accessories—shortly after Thanksgiving. He had just returned from an extensive European tour of brick-and-mortar camera stores in Paris, Munich, London and other cities, and he was happy to report that the photo shops he visited were successful and growing nicely, even with heavy competition from other channels. The stores have one thing in common: they sell results instead of just hardware, and they do so by turning their customers’ shopping sorties into educational events.

“I realized what the buying experience is all about one day long ago when I went to the Los Angeles County Fair and came home with a cheese grater,” Fong told us. “I watched a chef demonstrate a cheese grater in such a way that it made me feel I needed one—even though I don’t cook. His presentation made me go and buy one. It created a sense of desire.

“Camera stores can do the same thing,” he continued. “Robert’s Distributors, for example, in Indianapolis does a great job of this.” Successful camera stores like Robert’s educate and excite people, he explained. That’s the most important thing. They also have well-trained, congenial salespeople. “Customers should be able to form relationships with the people behind the counter, sort of like the barber you trust and can talk to.

“Selling on price alone is no good,” he added. “There can be a backlash because a customer could spend $3,500, save money compared to another retailer, but get something that’s not right. Merely saving money doesn’t mean the customer is getting the photographic results or solutions they are after.”

Another example of a retailer getting it right, according to Fong, is the Exposure Photo & Video Imaging Show (exposureshow.com) that’s sponsored annually by Henry’s in Canada. At this show, consumers experience an extensive assortment of how-to demonstrations that focus on results and solutions. The show is both educational and inspiring. It’s a selling show, and there is an admission charge of $25 that’s refunded with a purchase made at the event. And it’s fun—or as Fong said, “Customers have a little thrill while making a purchase.”

On a smaller scale, brick-and-mortar camera shops can do similar things. Fong suggests photo retailers take a lesson from über-successful Apple and arrange their stores so that products are grouped by activities, not by category. He said it’s better to organize a store more like a magazine than a catalog, so that items are positioned according to things you can do with them.

Fong also recommends camera retailers create short videos that highlight the results that can be achieved by using different accessories. For example, it’s possible to turn a gray sky blue on a cloudy day by setting the camera’s white balance to tungsten and using an amber dome on a Gary Fong Lightsphere flash diffuser. “Short video vignettes that can be played on a digital photo frame can be very effective,” he said. “Results-oriented before-and-after pictures instantly create demand.”

His company has been very successful with their how-to videos on YouTube, and he suggests cameras shops create a YouTube channel and upload the videos for all to see. “YouTube is where it entirely is,” he said, and he should know. There are currently more than 235 YouTube videos that Fong and his team have produced, and there are dozens more that were independently produced by admirers and users. They demonstrate everything from how to read a histogram to setting up off-camera flash with a Nikon DSLR. But the most valuable ones are those that deal with what Fong calls “changing the shape of lighting.”

“Nothing can improve photos more than changing the shape of light,” said Fong. “This is something that every photographer can appreciate, but it must be demonstrated. Our large pro kits that include everything are the sales leaders right now. Photographers want not only the ability to soften light but to direct part of it, too. Many photographers are interested in off-camera flash and want to create effects that can’t be done in Photoshop, like changing the color temp of the subject only. There’s been a real resurgence in off-camera flash. Many users are using only the PowerSnoot, which means they are using accessories for off-camera flash only.”

Gary Fong photographic flash accessories are proudly made in Columbus, Indiana, here in the USA, and they’re distributed from their logistics center in Wisconsin Rapids, Wisconsin. Fong designs each and every product himself, and his approach is direct and effective. “I basically make stuff that I think I need.” garyfongestore.com