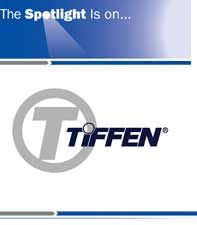 Anybody can make a movie with an iPhone, but can anybody watch it? All too often, the short video clips that friends ask you to watch on their smartphones are so jumbled and shaky they almost hurt your eyes—they’re that unpleasant to view. What’s the solution? Tiffen’s Steadicam Smoothee.

Designed and engineered using the same technology as the big $60,000 rigs used in Hollywood, the Smoothee enables rock-solid video and still images without the jitters that often accompany handheld video shots. The learning curve is zero; it works right out of the box, the very first time, and currently is compatible with Apple iPhone 3Gs, Apple iPhone 4/4S models, Flip MinoHD, iPod touch and GoPro Hero with additional mounts in the works. Prices start at $149.

The Steadicam Smoothee is just one of the hundreds of photographic accessories manufactured and/or distributed by The Tiffen Company. Like every item offered by Tiffen, the Smoothee provides handsome dealer profit and, more importantly, opens the doors to new business opportunities for photo specialty dealers.

“Traditional photo retailers now have an opportunity to reach new consumers,” said Steven Tiffen, president and CEO of The Tiffen Company. While some dealers may feel threatened by smartphones that can capture high-quality video and 5+ megapixel stills, Tiffen sees this phenomenon as a great emerging opportunity.

“Progressive retailers will embrace the new technology and not be fearful of it,” he told us. “Approached from the right direction, the changes in the digital market help expand business. Our advantage,” he continued, “is that we understand photography. Use that expertise—and knowledge of how to take better pictures—to make the business grow.

“The beauty of the Smoothee,” he added, “is that it’s built using the same gimbal design technology as high-end Steadicam products. It works with specific models right out of the box, with no hassle or frustration for the end user. It has wide appeal—the target audience is literally everyone who shoots movies or stills with a smartphone. And that’s practically everyone. The applications are endless. Take it on vacation and shoot Paris by moonlight. Right in your neighborhood, you can shoot your son or daughter on the soccer field. Pros use it for site inspections. It’s also used by news professionals and by folks in Hollywood.”

The Tiffen Company was founded in 1938 by Steven’s dad and two uncles. Early on, their business was primarily a metal machining company that made lens barrels for Revere cameras. They later moved into the optical end and began manufacturing filters. Tiffen’s filter-making prowess is legendary, and it has earned the company Oscars, Emmys and numerous other awards for outstanding contribution to the motion picture and television industries. All Tiffen filters are still made in the USA.

“In 1989 when the Logitech Photoman debuted,” said Tiffen, who is also chairman of the Digital Imaging division of CEA, “we foresaw a big change on the horizon. The shift to digital was inescapable—and exciting. We have always pursued a broad line of accessories using a multi-brand strategy—Tiffen, Domke, etc.,” he continued. “Our value proposition: help create the world’s greatest images—everything we have done is to help improve the pictures captured by professionals and amateurs alike.”

Headquartered on Long Island, New York, the company has offices in California and Europe. Tiffen has been recognized for its product and engineering excellence, earning two Technical Achievement Awards and a Scientific and Engineering Award from the Academy of Motion Picture Arts & Sciences, as well as an Emmy Award from the Academy of Television Arts and Sciences. tiffen.com