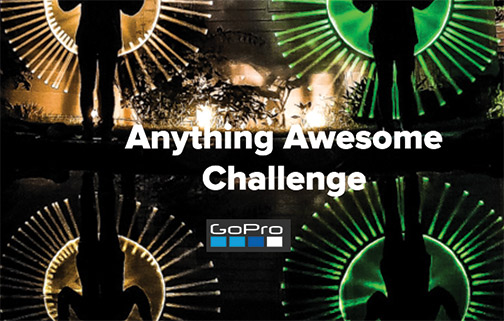 With the new features, GoPro customers can now push the boundaries of their GoPro’s capabilities. For instance, camera motion triggers leverage the camera’s accelerometer and/or gyroscope to start/stop capture only when the camera is in motion. This ability preserves storage as well as battery life.

In addition, USB power triggers equips GoPro cameras to start/stop capture when USB power is detected. This enables USB-triggered functions, such as the camera serving as a dash cam.

The firmware also includes a single-setting/one-button mode. This allows the operator to only start/stop capture, making it impossible to accidentally change camera modes.

These features join previously released functionality, including QR-code-controlled options like motion detection, wake-up timers, saving favorite settings and camera personalization. Some of these functions also became official features in the Hero9 Black, which launched in fall 2020.

In related news, to further empower and celebrate GoPro Labs customers, GoPro Awards is hosting a challenge to award the best GoPro Labs content. The company is asking GoPro users to submit their best shots to the Anything Awesome Challenge at GoPro.com/Awards. They can select GoPro Labs from the dropdown menu for the opportunity to receive cash rewards. GoPro may also feature them on its social channel.