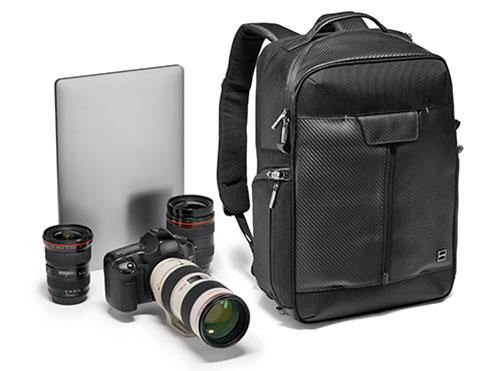 The new photography bags are designed especially for Gitzo Traveler fans who own premium cameras and want similar standards of quality in their photography bags. All the models in Gitzo’s new bag range are built to meet the needs of the world’s most style-conscious photographers.

“Made in Italy, they are an appealing combination of genuine Italian cow leather and wear-resistant nylon, guaranteeing high resistance to scratches and abrasions,” Gitzo announced. The bags are water repellent and crafted to resemble the look of carbon fiber, reminiscent of the Gitzo Traveler tripod legs.

The backpack features an internal insert that accommodates a medium-size DSLR or mirrorless camera with a 70–200mm f/2.8 lens attached plus two additional lenses. Or it can hold a DJI Mavic Pro drone with its remote control and accessories.

Dual side access enables owners to reach for their equipment from the right or left side. In addition, the front opening is a carrying solution for a 0- and 1-series Gitzo Traveler or similar-sized tripods. Also featured is a dedicated 15-inch laptop compartment.

The removable insert provides the option to pack photography gear and personal items—or turn it into an everyday bag. For a video tutorial, click here. The Century Traveler backpack has a suggested retail price of $299.99.

This messenger bag is equipped with a G-lock flap closing system powered by Fidlock. With the magnetic lock, the bag can be easily opened and closed. It holds a mid-range DSLR or mirrorless camera with a standard zoom lens attached plus another lens and a detached 70–200m f/2.8 lens. Moreover, it can conversely accommodate a premium mirrorless camera with a 70–200mm attached plus two or three standard zoom lenses.

The messenger can also be used to carry a DJI Mavic Pro drone and its accessories. In addition, a pocket on the front bottom unzips to hold and protect a 0- and 1-series Gitzo Traveler or similar-sized tripod. It also has a dedicated 13-inch laptop compartment. For a featured video, click here. SRP: $199.99.

For photographers who prefer a smaller bag, Gitzo offers this compact messenger. It can hold a premium mirrorless camera with a standard zoom lens attached as well as two additional lenses. Or it can carry a DJI Mavic Pro drone as well as its smaller accessories. The compact messenger bag is also equipped with the G-lock flap-closing system powered by Fidlock and has a soft-touch laptop compartment. For a video tutorial, click here. It has an SRP of $169.99.

Moreover, for added security, the messenger bags have an interior top flap that keeps the gear compartment secure. The backpack features a lockable zipper pull on the top. Each bag comes with a branded, dust-resistant pouch for protection when not in use.

As part of Gitzo’s centenary celebrations, additional products have been launched. They include exclusive, limited edition carbon fiber travel tripods: the 100 Year Anniversary edition tripod and the Arsène Gitzhoven tripod, as well as a soon-to-be launched fluid gimbal head. manfrotto.us/gitzo/100y-anniversary 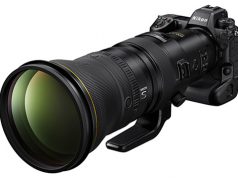