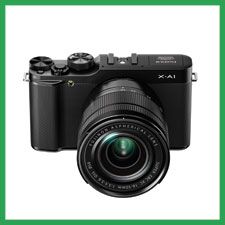 Valhalla, NY—Fujifilm North America Corporation introduced its X-A1 compact system camera (CSC), the fourth interchangeable-lens system camera in the Fujifilm X series. The ultralight X-A1, which weighs 11.6 ounces and is about a third of the size of a DSLR, was created as an affordable entry point into the premium X series, while featuring a large 16.3 megapixel APS-C CMOS sensor, easy operation and wireless image transfer for quick photo sharing.

The X-A1 kit will include the Fujinon XC16–50mm (24–76mm equivalent) f/3.5–5.6 OIS zoom lens that is suited for a range of photographic subjects, from low-light scenes and portraits to landscapes. The lens, which consists of 12 glass elements in 10 groups, including three aspherical and one ED element, has seven round-edged aperture blades that offer 17 stops in 1/3 EV increments for precise aperture control.

“The lightweight X-A1 and versatile XC16–50mm lens combination gives consumers extraordinary value and the opportunity to experience the outstanding image quality that the X series is known for,” said Manny Almeida, senior vice president and general manager, Fujifilm North America Corp. “Together with a high-definition tilting screen and wireless image transfer, consumers of all skill levels can capture truly memorable images that can also be shared on Facebook and Twitter quickly and easily.” ‘

The camera’s APS-C sensor works with an EXR Processor II to aid in capturing rich tones, a wide dynamic range, and low-light images using an extended ISO range to 25,600. Sensitivity can be set from ISO 200 to 6400 in 1/3-step increments. The two also result in a start-up time of 0.5 second, a shutter time lag of 0.05 sec, a shooting interval time of 0.7 sec and a maximum burst speed of 5.6 frames per second (max. 30 frames).

The X-A1 also provides a 3.0-inch, tilting LCD screen with 920,000 dots for easy image viewing and framing at various angles and a built-in flash with a guide number 7 and Super Intelligent Flash technology that uses scene recognition and automatically controls flash strength to reduce highlight clipping. Also notable is a Wi-Fi button that lets users transfer photos and movies to social media sites for easy sharing from the camera to smartphones, tablets and computers. The X-A1 connects to a smartphone/tablet once the free Fujifilm camera app is downloaded to an iPhone/iPad or Android device, allowing it to transfer 30 pictures at a time from the X-A1. The app also lets users download movies.

For less advanced shooters, the X-A1 has its key operation buttons and dials positioned on the right side of the camera’s rear panel for quick picture taking, and the mode dial for selecting the best setting for each scene gives access to the advanced SR auto function, which automatically recognizes a scene and selects the best settings. Users can also select the advanced filter function and film simulation modes to apply any of eight creative filters and Fujifilm film effects to images.

Other features include: in-camera RAW processing; multiple exposure mode to superimpose a second exposure on the first exposure; Full HD movie 1080p30 fps recording with a built-in stereo microphone; and optional accessories, such as a leather case, hand grip and clip-on flash.

Fujifilm also announced the Fujinon XC50–230mm (76–350mm equivalent) f/4.5–6.7 OIS lens to add more versatility to its X-series CSCs by offering an expanded zoom range. The XC50–230mm uses optical image stabilization to reduce blur when shooting at longer focal lengths and in low light. It’s comprised of 13 glass elements in 10 groups, with one aspherical lens and one ED element. Available in black or silver, it also employs a stepping motor for high-speed autofocusing and will retail in November for $399.95. 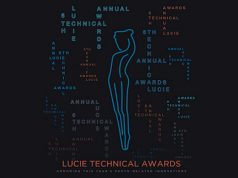