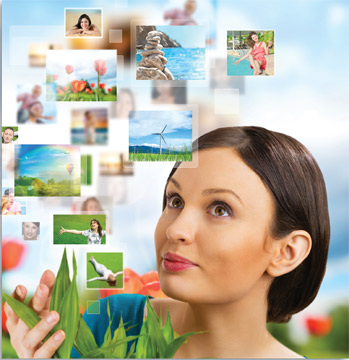 InfoTrends estimates that consumers took one trillion photos in 2015 and will exceed that number by 16% annually for each of the next few years.

To wrap your head around those mind-boggling numbers, consider the simple calculation proposed by blogger Paul Worthington on the photo-storage site Mylio: “If one billion people [out of Earth’s six billion inhabitants] have cameras or cell phones, and take less than three photos per day/1,000 pictures per year, that’s still one trillion photos captured every year.”

One trillion of anything, even a thing as insubstantial as a digital photo, adds up to a very massive challenge in storage, organization and retrieval. The solution embraced by tech titans as diverse as Google, Apple, Facebook and Yahoo is to funnel all those images up into the cloud and entice consumers to use their services to retrieve and share them. 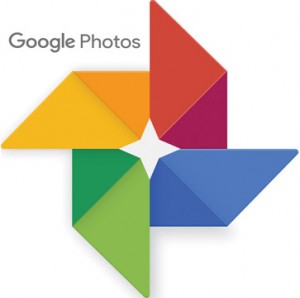 From the corporate perspective, there are obvious marketing and loyalty advantages to gaining this kind of consumer access and insight. But consumers also stand to gain some compelling real-world benefits from competition in the visual cloud. Google Photos, for example, has been generating headlines and garnering praise by offering unlimited storage of photos and videos, plus a lot of other fun and functionality—all for free.

As the grand master of search engines, Google has long been an innovator in photo storage and imaging, with popular apps ranging from Picasa and Google Plus to Google Earth, Sky and Maps.

Google Photos, their new app, is designed to do three major things: to provide a single home for all of a consumer’s photos and videos across all devices; to take the work out of organizing, syncing and manipulating those photos; and to make it easier to share and save those images.

Google’s claim to offer a single home for a lifetime of memories is based on the fact that each user gets a private space to backup and store unlimited, high-quality photos and videos, for free. In practice, there is a limit: 16 megapixels of resolution for photos and Full HD 1080p for videos. To store at higher resolutions, users have to pay a moderate monthly fee. Most serious photographers/videographers are already shooting and recording well beyond 16MP and 1080p, and the imaging industry is moving relentlessly toward ever-higher resolutions. But, for the moment, the vast majority of us with cluttered disk drives and phones can happily shoot within those limits, especially when storage comes with so many side benefits.

Organization is a severe challenge for most digital shooters. And one of the most compelling benefits an app like Google Photos can offer is the ability to organize and cross-reference an entire photo archive so that photographers can find the shot they want when they want it.

Google Photos intelligently organizes photos by the people, places and things that appear in them. It eliminates the tedium of manually tagging, labeling and creating albums or folders. To find a particular shot, users can search by text, by tapping a similar image or by saying a keyword.

And Google assures users that all this auto-grouping is private—a concern that inevitably arises when storing so much of one’s life in the cloud. Inappropriate photos do have an annoying habit of emerging when least expected.

Google Photos can also quickly enhance photos and combine them in new ways.  One tap on the auto-adjustment button will tune the photo’s color and lighting to suit the subject. The “+” button allows users to easily combine selected images into collages, panoramas, animations or movies with soundtracks. If inspiration and creative ideas are needed, the app has a built-in assistant view that can suggest new ways to combine photos and videos into visual stories.

Since cell phones and social media are the present and future of photography, ease of sharing is a prime point of competition between Google, Apple, Facebook, Flickr and Instagram. Google Photos lets users share across any service they choose, from Hangouts to Twitter to WhatsApp.

It also lets them take any set of photos and videos, or any album, and simply create a link to share hundreds of photos at once. The recipient can see what’s being shared without a special app or log in, then immediately save the high-quality images to their own library with a single tap.

Reactions Range from Giddy to Underwhelmed

Reactions to Google Photos from industry experts have ranged from giddy with enthusiasm to somewhat underwhelmed. Joanna Stern of the Wall Street Journal weighs in on the enthusiastic side. Noting that both Apple Photos and Google Photos launched in mid 2015 with similar names and feature sets, Stern makes a detailed comparison and concludes: “You could choose based on what devices you own and how much you are willing to pay for cloud storage. But even if you own an iPhone and money is no object, Google Photos is a better choice for all but serious photographers. It combines the company’s unmatched search smarts with everything I’ve ever wanted in a photo service, while making it incredibly fun to relive old memories.”

Drilling down to specifics, Stern praises Google Photos for “superb and very fast search.” She says, “[I]t’s jaw-droppingly good at recognizing faces. It identified my mom in a photo taken 30 years ago and another taken when she was only 10!”

But Stern faults Google Photos for not offering full-fledged Mac or Windows apps or web-based editing tools. She also notes that Apple lets users search for images of people by name, whereas Google makes them tap an image to call up similar faces. But aside from a few nits, the Wall Street Journal reviewer is strongly positive.

“Like any free service that comes from an ad-powered mega company, there are privacy concerns to be aware of, but none that outweigh my genuine giddiness for Google’s newest piece of software,” Stern notes.

Michael Muchmore of PC magazine offers a more critical assessment. He writes that the pros of Google Photos include free, unlimited storage within resolution limits and an attractive ad-free interface. But he also points out that storage is not unlimited for very high-res photos or videos—a significant issue since even entry-level DSLRs are offering still capture in the 20MP range and 4K video recording. He also notes that Google does not support full-screen slide shows (a surprising lapse) and that Flickr is better at “photo characterization.”

For the PC mag reviewer, the bottom line is: “If your photography is limited to mobile phone snaps, Google Photos is a good option. It’s definitely a better deal than the otherwise excellent iCloud Photos, which only gives you 5GB free storage. [But] the auto-tagging organization is far outclassed by [PC mag’s] Editors’ Choice photo-sharing service, Flickr, which doesn’t limit your photo resolution . . . and also offers slide shows, more photo-editing options and a superior auto-uploader for the desktop. I am hopeful that the search potentate will, as promised, add more appealing features in the future.”

That last comment may prove prophetic. Google’s official introduction to the new app concludes, “We have a lot more in store—so as you keep snapping photos and capturing videos, we’ll keep working on making them even easier to store, share and bring to life.”

Anyone who has watched imaging apps develop over the years, who has seen Photoshop, for example, evolve to its current amazing capabilities, has to take Google’s pledge of continual upgrades quite seriously.

The fast-gathering cloud of images seems destined to diversify and expand until something like the collective visual experience of humankind is hovering the overhead in an intricately organized and easily searchable library.

Maybe the truly unlimited aspect of photo apps in the cloud is not just image storage but the creation of an amazing new resource with great potential for increased understanding and innovative revenue streams and marketing tactics. And, on the downside, for new schemes of hacking, manipulation and invasion of privacy.