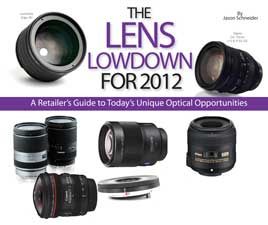 The year 2012 may well go down as one of the most exciting and rewarding times in recent memory when it comes to selling interchangeable lenses. The underlying reasons are not hard to fathom. The latest DSLRs in all categories from broad-spectrum entry-level to enthusiast and pro/prosumer models continue to excite legions of consumers with ever-more-advanced features and capabilities (such as the Full HD video explosion) that generate buzz and motivate shooters to upgrade.

Add to this the rapidly expanding compact interchangeable-lens (CILC) category that brings interchangeable-lens capability to a wider spectrum of compact consumer styles than ever before, and you have the makings of a genuine seller’s market. The fact that many savvy enthusiasts understand that lenses are a long-term investment that helps upgrade their shooting experience going forward is evident in the brisk sales figures for lenses in the $500 to $1,500 category, Indeed, it is no longer uncommon for knowledgeable shooters to spend more on lenses per year than they do on camera bodies!

The upward momentum and vibrancy of the lens market has certainly not gone unnoticed by camera makers like Nikon, Canon, Sony, Olympus and Pentax, or the major independent lens manufacturers, Sigma and Tamron, all of which have released a barrage of enticing lenses of all types, ranges and apertures, many with intriguing capabilities. However, in examining the most recent “interesting lenses” from all sources, no single trend clearly emerges as the dominant one. Instead it’s an eclectic collection of mini trends that reflect the varied interests and styles of today’s shooters.

Recent Optical Innovations
For the first time, major independent lens makers have jumped into the compact interchangeable-lens camera (CILC) fray with both feet, offering optics for Sony’s E-mount APS-C-format NEX cameras—a testament to the increasing sales figures for these models. New wide-aperture telephoto lenses from Nikon, Sony and Zeiss attest to the increasing popularity of portraiture, and these lenses have clearly been designed to provide more natural bokeh (out-of-focus background), a quality prized by wedding, portrait and landscape photographers.

Independent lens makers are also contesting categories previously dominated by the major camera companies, such as the full-frame 24-70mm f/2.8 with built-in image stabilization, and camera makers are fighting back with improved versions of these classic pro lenses.

As always, there are fascinating new niche products like the ultra-flat 40mm f/2.8 Pentax, the 40mm f/2.8 Micro Nikkor macro lens. And the clever Canon EF 8-15mm f/4 Fisheye USM that zooms from classic 180º circular coverage to full-frame 180º diagonal coverage to provide an engaging (and useful) variety of wild effects. And when it comes to wild effects at affordable prices, you can’t beat Lensbaby, whose new Edge 80 optic adds a new slant on tilt-and-shift by delivering “razor sharp slices of selective focus” through images. To give you a sharp, high-contrast view of what’s out there in Lens Land, here’s a rundown on some cool new glass.

Tempting Telephotos
Sony SAL 135mm f/2.8 STF (Smooth Trans Focus). Technically the most interesting and innovative medium telephoto is this manual-focus lens for full-frame and APS-C-format Sony Alpha-mount cameras. It boasts “smooth transition focus,” a unique optical formula that includes an apodization filter to provide a natural shift from focused to defocused areas. The lens is claimed to deliver excellent sharpness and detail in the in-focus areas and to maintain accurate subject shape in the out-of-focus areas—that is, beautiful bokeh. This 8-element, 6-group lens also focuses down to 2.85 feet, or 1:4 in the macro range for dramatic close-ups. $1,299.99.

Sony SAL 135mm f/1.8 Carl Zeiss Sonnar. This prime autofocus lens in the Alpha mount (for full frame and APS-C) has a 9-blade diaphragm for enhanced bokeh. Not surprisingly it’s claimed to give spectacular imaging performance along with very shallow depth of field at maximum aperture, ideal for creating pictorial and portrait effects. On APS-C cameras it reaches the equivalent of 202mm. $1,599.99. sony.com

Sony E-Mount Intros
Tamron 18-200mm f/3.5-6.3 Di III VC. Tamron started the ball rolling at the tail end of last year when it unveiled the world’s first independently made lens for Sony’s E-mount NEX cameras. Handsome and beautifully finished in silver or black, this compact lens incorporates tri-axial VC (vibration compensation) image stabilization, provides a 27-300mm equivalent focal-length range (11.1x) on APS-C-format cameras, features a stepping motor design optimized for the contrast-detection AF systems in Sony NEX cameras, and focuses down to 19.6 inches at all focal lengths (1:3.7 at 200mm). It’s constructed with 17 elements and 13 groups and allows handheld shooting of sharp images with no camera shake over a wide range of settings. $739.99. tamron.com

Sigma 30mm f/2.8 EX DN. This lens provides an equivalent focal length of 60mm, has a minimum focus distance of 11.8 inches and a maximum magnification ratio of 1:8.1, and it includes two molded glass aspheric surfaces for superior correction and image quality. $280.

Incidentally both these Sigma lenses are also available in a Micro Four Thirds mount for Olympus and Panasonic CILC cameras using this format. sigmaphoto.com

What’s Normal These Days?
They’re sometimes called normal zooms, but there’s no doubt that the 24-70mm f/2.8 is now a mainstay of pros and serious enthusiasts, and that’s why it has become such a hotly contested category.

Tamron SP 24-70mm f/2.8 Di VC USD. On February 6, 2012, Tamron announced this zoom lens with moisture-resistant construction in its Super Performance (SP) class, claiming it to be the first full-size high-speed standard zoom with built-in image stabilization. The lens is offered in Canon, Sony and Nikon mounts, it’s usable on APS-C and full-frame models, and it incorporates two XR (extra refractive index), three LD (low dispersion) and three glass molded aspheric elements, plus one hybrid aspheric element for outstanding image quality. It also has a rounded 9-blade diaphragm for “gorgeous blur effects” and an ultra-silent drive motor. Its pricing and launch date are yet to be determined. tamron.com

Canon EF 24-70mm f/2.8L II USM. Not to be outdone, a day later on February 7, Canon unleashed this significantly upgraded ultra-pro version of the popular Canon 24-70mm f/2.8 specifically designed to withstand “harsh and rigorous conditions.” It incorporates one Super UD lens element and two UD elements for “outstanding image quality and significantly reduced chromatic aberration at the wide-angle settings,” is “highly resistant to dust and water” and has fluorine coatings on the front and rear lens surfaces to reduce smears and fingerprints. The lens is also equipped with a circular 9-blade diaphragm for beautiful, soft backgrounds, and a zoom lock lever locks the zoom position at the wide end for safe transporting while attached to an EOS DSLR over the shoulder. $2,299. usa.canon.com

Nikon AF-S DX Micro Nikkor 40mm f/2.8G. Another interesting, new 40mm lens is this macro lens designed for APS-C-format (DX) Nikon DSLRs. This prime macro lens gets down to 1:1 as any real macro should, but it also doubles as an excellent portrait lens, and its 7-blade circular diaphragm yields excellent bokeh. It’s also commendably light at only 9.9 ounces, and it features quick switching from AF to MF. In addition to capturing close-up details, it’s suitable for HD video. $279.95. nikonusa.com

Canon EF 8-15mm f/4 Fisheye USM. For filmmakers and photographers who want the look only possible with extreme wide-angle and fisheye photography, this lens, with its unique focal length range, is claimed to be “the world’s widest fisheye zoom lens.” It delivers 180° diagonal angle of view images for full-frame and APS-C EOS SLRs and provides 180° circular fisheye images for full-frame EOS models. Its UD glass suppresses chromatic aberration, a subwavelength coating reduces ghosting and a newly developed fluorine coating keeps smears and fingerprints to a minimum. It also has full-time manual focus for instant switching from AF to manual operation and a close focusing distance of 6.2 inches. $1,499. usa.canon.com

Lensbaby Edge 80. Finally, Lensbaby, past master of unique optics, offers the Edge 80 optic, a wonderful addition to their Optic Swap system that’s compatible with the Composer Pro, Muse, Scout and Control Freak creative effects lenses. With a flat field of focus, this new gizmo transforms any of these bending lens bodies into a tilt lens that “delivers a selective slice of sharp focus through an image” for striking graphic effects, and it allows “spectacular, sharp ‘straight’ photos with the lens pointed directly ahead.” Users can create horizontal, vertical and oblique slices of sharp focus through an image, position objects within the slice and control the size of the slice by changing the 12-blade aperture. The multicoated optic provides apertures from f/2.8 to f/22 and has a minimum focusing distance of 17 inches when extended forward in close-focus mode and fully tilted. $300. lensbaby.com 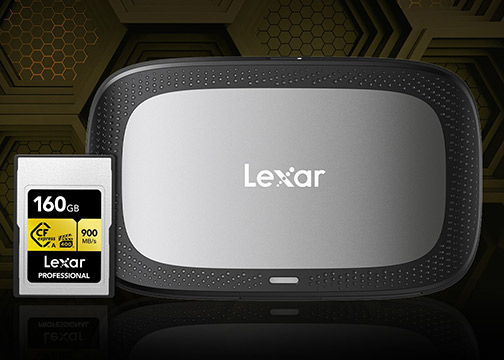 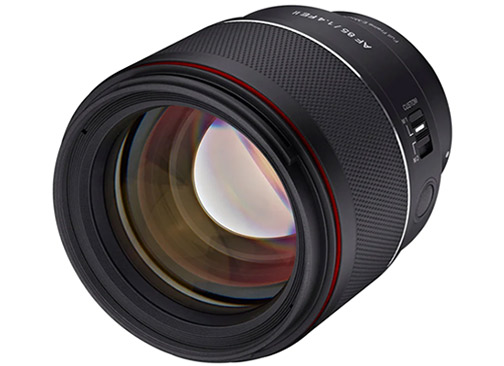