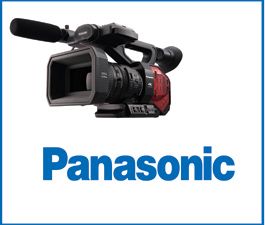 Newark, NJ—Panasonic showcased its latest broadcast and professional AV solutions at the National Association of Broadcasters (NAB) Show in Las Vegas, April 13–16, 2015, under the banner “A Better Life, A Better World.

The company announced several new products that focus on high quality and efficiency of cinema production, such as the 4K companion camera, the AG-DVX200, for its VariCam series. Additionally, Panasonic introduced P2 Cast, a cloud-based news production system that accelerates newsgathering by leveraging the network features of the company’s next-generation P2 HD camcorders with AVC-Ultra recording—the AJ-PX5000G, AJ-PX800 and AJ-PX270. P2 Cast is available in the U.S. and Europe on a free trial basis through September 2015, at which time the service becomes chargeable.

Panasonic also introduced a firmware update (Ver.2.2) for its mirrorless Lumix DMC-GH4 that enables recording anamorphic video content. Panasonic discovered that cinematographers were experimenting with the 4K photo mode 4:3 aspect ratio in the GH4 and vintage anamorphic cine lenses to achieve the classic Hollywood look of anamorphic film capture. Unlike complex digital post processing needed to achieve the classic Hollywood look, many of the background distortion and light flare effects that have become popular with anamorphic film capture will now be achieved optically in the GH4. A further enhancement of the new firmware is a very high shutter speed of 1/16,000 sec. when using its electronic shutter mode.

The company also announced the HX-A1 wearable, ultracompact, POV action camcorder weighing in at just 1.6 ounces so that “shooting hands-free is nearly imperceptible.” This allows for longer periods of recording scenes in Full HD. The adventureproof A1’s structure keeps water and dust out and protects against impact and cold temperatures. Another feature is its ability to shoot in total darkness. Using an optional infrared (IR) light source and an included IR filter for night mode, users can capture video in dark environments like caves with no light, or nocturnal wildlife at night.

In keeping with its 4K strategy, Panasonic announced that with more than 500 units shipped worldwide, the VariCam 35 and its high-speed model the VariCam HS are gaining converts. U.S. rental companies like Panavision, Clairemont, Abel Cine and Daufenbach have VariCams out on projects. The VariCam 35 offers a multi-format production-friendly workflow. From in-camera color grading and 3D LUTs for on-set pre-visualization to dual native ISOs, the VariCam 35 provides unique functionality.

Panasonic also displayed the AK-UB300 4K multipurpose camera for remote studio, weather and traffic reporting, image magnification and sports implementations. The UB300 is equipped with a one-inch MOS sensor that outputs a UHD signal up to 3,840×2,160 at 59.94p/50p with the ability to simultaneously output HD 1080 at 59.94p/50p. It will be available in winter 2015. panasonic.com