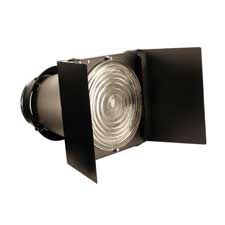 For glamour and product photography, the PL5R-FRES is designed to produce a crisp beam of light with defined soft shadow edges for smooth, even coverage. The removable Fresnel glass is constructed as an optical spotlight with a circle border that fades outward from the center, producing a flood-style beam. Additionally, the lens’s satin-anodized reflective surface allows the light transition to create accurate skin tones.

“Several glamour photographers who we work with came to us and asked for a product that would allow them to expand their creativity and increase the efficiency of their shoots. We designed the PL5R-FRES Fresnel modifier to work for the modern Hollywood-style photographer, allowing their concept to be created or enhanced on set,” said Bob Higgins, manager, Sales and Marketing, PromarkBrands. “The Fresnel modifier is compatible with the Photogenic Quick Change and Norman Monolight systems, making these lights ideal for photographers who concentrate in glamour, portrait and product photography.”

The PL5R-FRES can be used with various Photogenic lighting solutions, adding accents, highlights or drama, for increased versatility. When the two-blade barn-door mount is attached, the modifier has increased light control to focus on a particular subject or block light from an area of the shoot, highlighting the subject as desired. The modifier can also be moved into the background of any photo shoot to add a dramatic feel.