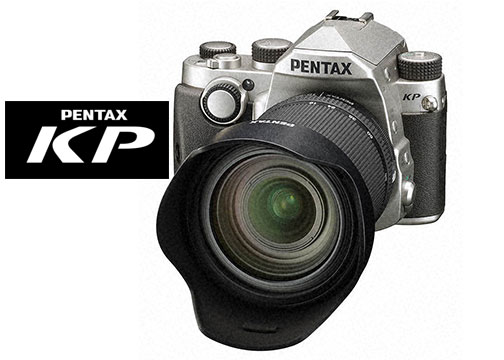 The new DSLR places many of the advanced capabilities of the Pentax K-3 series into a slim body. The result lends itself to applications from casual snapshots to serious outdoor photography out in the elements. The KP also adds a new generation of innovations. These include a high-sensitivity APS-C CMOS sensor. As as result, the KP is the first Pentax APS-C camera to incorporate Shake Reduction II (SR II) technology.

Employing a five-axis mechanism, the SR system is built to compensate for camera shake up to 5 steps during handheld shooting. The mechanism counteracts shake caused by horizontal and vertical shift (in macro photography), roll, as well as pitch and yaw.

A new 24 megapixel, filterless AA CMOS sensor is built to enable shooting in extremely low light. It offers sensitivity settings up to ISO 819,200. This also makes the DSLR suitable for night photography. The camera additionally features an electronic shutter option during live view to enable high-speed shooting up to 1/24,000 second. Ricoh says this “greatly broadens shooting capabilities when using large aperture lenses to achieve a shallow depth of field on a bright sunny day.”

The camera’s compact body is the result of a complete internal redesign aimed at producing an advanced DSLR with an extremely slim profile. Furthermore, the KP’s exterior is dustproof and weather sealed to allow use in tough outdoor conditions. Specs state it will perform in temperatures as low as 14ºF.

Also incorporated are technologies and ease-of-use features that have been the hallmark of Pentax cameras. These include Pixel Shift Resolution. This Pentax technology was developed to produce color-accurate still-life subjects with the highest resolving power. It uses the KP’s in-body SR II system to move the image sensor in single-pixel increments, to capture four separate images that are combined into a single, high-definition image.

Additional features include: a vertical-tilt, 3-inch, 921K-dot LCD monitor for vari-angle shooting; a 100% field-of-view optical viewfinder with 0.95x magnification; a AA filter simulator to aid in moiré reduction using the SR unit; Full HD movie recording; built-in Wi-Fi; and control panels, button settings as well as dial controls that can be customized, based on user preference.

In addition, using the optional accessory GPS module (O-GPS1 GPS unit), the Pentax KP makes it possible to record stars as points of light rather than star trails during extremely long exposures.

Furthermore, the camera provides a grip replacement system that lets photographers choose their grip based on shooting style or lens. In addition to the standard grip that comes with the camera, accessory grips include medium (M) and large (L), as well as the optional D-BG7 battery grip. The M and L grips will come packaged with KP bodies sold in North America.

“We designed the Pentax KP to appeal to the world’s most discerning outdoor photographers, who will appreciate its rich and powerful feature set and rugged, compact design, whether they are shooting a landscape on a trek in Patagonia or capturing an eclipse,” said Kaz Eguchi, president, Ricoh Imaging Americas. “From Pixel Shift Resolution to our new generation of Shake Reduction, Pentax proudly continues to lead the way in photographer-friendly innovation.”

The Pentax KP DSLR camera will be available on February 25 for a suggested list price of $1,099.95, body only. ricohimaging.com 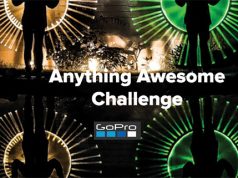