At its core is a large, full-frame image sensor with 36.4 effective megapixels. The AA-filterless CMOS sensor is engineered to facilitating super-high-resolution images and high sensitivity shooting up to ISO 204,800. To eliminate moiré, a AA (antialiasing) filter simulator applies microscopic vibrations to the sensor, providing the same level of moiré reduction as an optical AA filter.

“The K-1 is a blend of advanced, full-frame performance with the kind of features and advancements that Pentax users have come to know and love,” said Jim Malcolm, president, Ricoh Imaging Americas Corporation. “As a result, the K-1 creates a solution for full-frame shooters that is unique in the industry.”

The K-1’s new Prime IV imaging engine is capable of 14-bit RAW-format image recording. It can continuously record 17 RAW images (or 70 JPEGs) in a single sequence, at a top speed of 4.4 images per second.

In addition, its SR II (shake reduction II) five-axis mechanism aids in accurate control of the sensor with all compatible Pentax interchangeable lenses. Specs state it has a compensation range of up to five exposure steps. In addition to camera shake caused by pitch and yaw, it’s designed to compensate for shake caused by horizontal and vertical shift, as well as by roll. Also notable, the SR II unit has a flexible design that tilts the sensor unit in all directions. This makes possible several handy shooting functions, including auto-level compensation, image-composition fine adjustment and AstroTracer, which simplifies astronomical photography using the K-1’s built-in GPS module.

The camera’s pixel-shift resolution system captures four images of a scene by shifting the sensor a single pixel for each image. It then synthesizes them into a single composite image. Compared to the conventional Bayer system, in which each pixel has only a single color data unit, this system obtains all color data within each pixel. It also incorporates a new motion correction function to automatically detect a moving object during continuous shooting.

A DSLR first, the K-1 features a flexible-tilt, 3.2-inch LCD monitor that tilts horizontally, vertically or diagonally with a single action, without deviating from the lens’s optical axis. It can achieve 35º of horizontal and 44º of vertical adjustment, and the LCD can be laid flat up or down. The monitor’s air-gapless construction reduces reflection, and an outdoor view setting mode allows users to choose the desired monitor brightness level. Complementing the monitor is a new optical Pentaprism viewfinder. It has a nearly 100% field of view, 0.7x magnification and a natural bright matt III focusing screen to allow easier focusing and a true rendition of defocused areas in the viewfinder image.

The K-1 records Full HD, 1,920×1,080-pixel movies in the H.264 recording format. And Wi-Fi operation allows camera control and image/video transfer to a tablet or smartphone via the free ImageSync app. Another innovation is the K-1’s operation assist-light function that uses LED lights positioned above the lens mount, behind the LCD, at the dual SD card slots and at the cable switch terminal.

Other K-1 features include: the SAFOX 12 AF sensor module with 33 sensors (25 cross-type sensors positioned in the middle); the Pentax Real-Time Scene Analysis system for near-instant analysis of exposure, color and movement; artificial intelligence technology that helps the K-1 to instantly optimize settings for even difficult situations; a key lock function to prevent erroneous operation of the four-way controller and other control buttons; a smart function that lets users choose and set desired functions without referring to the menu screen; a control panel customize function to change aspects of the on-screen menu; crop mode with a choice of auto, FF (full frame) and APS-C image areas to accommodate different types of lenses; HDR shooting with RAW data filing; and a dust-removal mechanism for the sensor.

Constructed of magnesium alloy with 87 seals, the K-1 boasts a dustproof, weather-resistant and cold-resistant body. The Pentax K-1 will be available in April for a suggested retail price of $1,799.95.

Ricoh also introduced the D-BG6 battery grip to facilitate vertical-position shooting with the K-1. It provides a shutter release button, a set of control buttons (AE lock, AF, ISO, exposure compensation, green), a preview lever and dual electronic dials—just like those on the camera. It too has dustproof, weather-resistant construction. In addition to the dedicated lithium-ion rechargeable batteries, it accepts six AA batteries.

Upon launch of the K-1 DSLR, Pentax is offering 12 full-frame compatible lenses, including two new models announced with the K-1 that will also be available in April.

Treated with Pentax HD coating, the lens is said to produce “well-defined, fine-detailed images with ample light levels even at the edges of the image field, while effectively reducing chromatic aberration and distortion to a minimum.” Its large f/2.8 maximum aperture is also suitable for photographing nightscapes and starry skies. A built-in SDM (supersonic direct-drive motor) is engineered for quiet, high-speed autofocus.

Other features include: a quick-shift focus system for switching from autofocus to manual operation; a rounded diaphragm with nine blades to produce a smooth, bokeh (defocus) effect, while minimizing the streaking effect of point light sources; Pentax SP (super protect) coating to repel water and grease; and a 23–46mm focal range when mounted on a Pentax APS-C-size DSLR body. With weather-resistant construction, it has an SRP of $1,499.99.

HD Pentax-D FA 28–105mm f/3.5–5.6. This compact, lightweight zoom provides the most frequently requested focal-length range for general photography, from wide angle to medium telephoto. It will retail for $499.99. ricohimaging.com 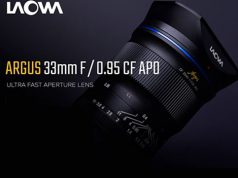 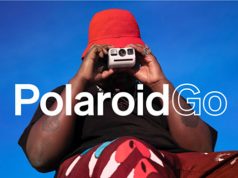