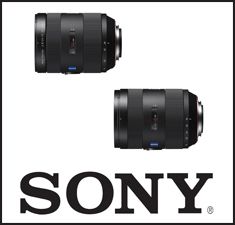 Built with a rugged dust- and moisture-resistant design, the zoom lenses partner with Sony’s α A-mount family of interchangeable-lens cameras, including the α99 and α77 II models. With the addition of an optional mount adapter, they’re also compatible with α E-mount cameras, such as the α7 series.

The enhanced AF performance makes the new lenses complements to the 4D focus system on select α camera bodies like the α77 II, as well as options for shooting fast-moving subjects such as sports, wildlife or young children.