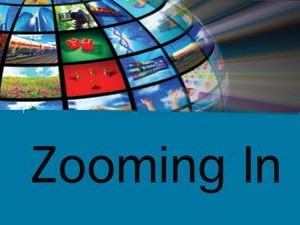 As Ollie said to Stan (Hardy to Laurel, that is): “Well, here’s another fine mess you’ve gotten me into.” For a century or so, photography developed in a more-or-less predictable manner, then that Sasson guy at Kodak (who returned to CES) invented a usable digital camera, and “poof!” the world changed.

The Age of the Selfie
The incremental cost of taking an extra picture shrank to almost zero, so now we are drowning in next-to-worthless pictures and selfies (even to the point that the word selfie itself has been accepted as a real word). These often-idiotic snapshots are being stored in gigantic server farms, most never to be looked at again. What’s the point? Or, more to the point: How can we monetize this pile of (mostly) junk more efficiently? That’s what capitalism is all about, right?

Looking back, I guess we can accept that in a way the 35mm film format symbolized the golden age of classic photography. The incremental cost of an extra picture was relatively significant, so we photogs tended to think in multiples of 36, and we knew that we should think twice before hitting the shutter button. As Poe’s raven said: “Nevermore.” Now we humans capture billions of images a year with almost no thought about each one’s cost or value. Blame the smartphone for the wildest excesses of this mindset.

In days of yore, our Japanese colleagues called one-time-use (film) cameras TPO cameras: Time, Place, Opportunity. But one still had to remember to take one’s TPO camera with one, in case a photo op popped up. No more. Most of the planet seems to be connected physically to a smartphone that can be whipped out, swiped and be ready to go in an instant.

The New Shapes of Photography
But back to that 35mm regime. The very nature of the cassette and the film path conspired to mandate the size and shape of cameras, within certain limits. These in turn dictated the size and shape of lenses. In the brave, new world of digital imaging, there are few such restraints. So cameras can be all sorts of sizes and shapes, to the point that rather than having variations on a theme, we now have a veritable free-for-all. This has opened the floodgates of creativity, limited only by the behavior of light rays themselves, and of sensor chip architecture and performance.

So, where do we go from here?

Kudos to Japanese manufacturers and (especially) to Leica and Hasselblad for keeping the flag of “cameras” flying so proudly. However, they are playing against the juggernaut of niche image capture (apart from smartphones), whereby the relatively low entry barriers are allowing a plethora (and I use that word carefully; it means “an amount that is much greater than what is necessary”) of insurgents. Even as I write this, the local company Xiaomi has just overtaken Samsung to lead the Chinese domestic smartphone race. Companies that raced to teach the Chinese how to make smartphones are already in the crosshairs and will no doubt rue the day, as they say.

The Taiwanese camera makers are having a tough time. Ability Enterprise, Altek, Asia Optical (AO, who supply to Kodak amongst others) and Foxconn Electronics shipped 3.50 million digital cameras in Q3 of 2014, decreasing 22.4% year on year, according to DigiTimes Research. Ability accounted for 69.9% of the shipments, then Altek at 22.2%, AO with 5.4% and Foxconn with 2.4%. There will be 43.5 million digital cameras shipped globally in 2014, slipping 29.5% on the year.

Even the big Japanese brands are digging niches: Sony’s QX series of lens-style cameras seems to be inspired by the design work of the Artefact Group of Washington State, and JK (Kodak) has joined that bandwagon, although many of the necessarily teamed smartphones have displays that are all-but-useless in the bright outdoors.

The Standouts
So, speaking of “bright,” what are the bright spots?

Obviously smartphones are the dominant image capture devices today, and there are many opportunities for advancement therein, such as zoom lenses, multiple lenses (for software-generated virtual zooming, post-capture refocus, 3D capture, etc.). And (why not?) a detachable mini eye-level electronic viewfinder that plugs into the Lightning (or equivalent) socket for usable outdoor shooting.

Action cameras, as personified by GoPro (who as yet have not put a foot wrong), are the current flavor-du-jour and will likely stay so for years to come. A GoPro is today’s TPO camera.

Too many GoPro wannabes have amazingly vulnerable, stick-out front lens elements that beg to be damaged; not so clever on a sports camera, yes? But terrific new models have been introduced by the likes of Sony, Panasonic, Ricoh and, yes, Kodak.

MILCs (mirrorless interchangeable-lens cameras) deserve a round of applause for keeping traditional camera companies innovating, but that design concept (first floated at photokina 2004 by Microvision) has lowered the aforementioned entry-level barriers in theory if not in practice. Luckily, potential gate-crashers are too busy making smartphones to bother crashing the MILC party.

HP has been asleep for several years as far as our industry is concerned (apart from their portfolio of printers), so it is perhaps a good sign they have finally noticed the 3D printing revolution that threatens to be the next big thing in imaging. Their hybrid machine, the Multi Jet Fusion, will be shown in 2015 and on the market in 2016 (so soon! Hah!).

One serendipitous technology that is helping our image capture segment to prosper is the rapid success of 4K TV sets, whose prices are tumbling fast. The slide projectors of yesterday are the 4K TV sets of today and tomorrow. It’s a pity that those TV makers aren’t more often including SD card slots in the sets to make our lives even simpler. Wi-Fi fills the gap.

Another apparent bright spot in imaging is Vienna-based Lomography. There must be something in the Austrian air to allow these folks to make chicken soup out of chicken whatever, in that they are championing film, film cameras (especially models that sophisticates used to avoid like the plague) and niche lenses. They are thus creating themselves a brilliantly marketed niche.

I am writing this in reflection of the 2015 CES, and I should take note of the following exhibit areas: 3D printing, smartphones, anything Japanese, and famous names. Welcome to 2015!