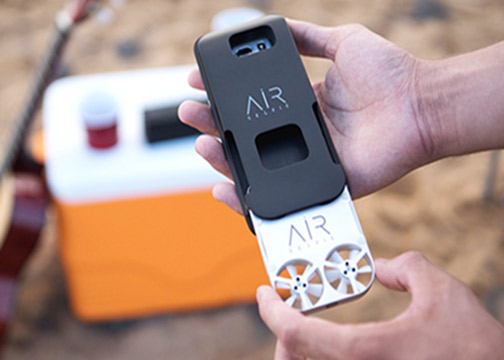 AirSelfie is also introducing the enhanced AirSelfie One-Touch app (iOS/Android) that allows users to capture, edit and share content within a single integrated app. Moreover, AirSelfie devices are small drone cameras capable of taking and sharing panoramic, high-definition photos and video from the air in any environment.

“When it comes to aerial photography with AirSelfie, the sky is definitely the limit,” said Stefano Cabella, CEO of AirSelfie. “AirSelfie is the first and only true AIR camera that allows you to be naturally and completely immersed in your everyday life or life adventure while AirSelfie records your experiences. We invite everyone to stop by and visit us at CES to see how we are taking aerial photography to new heights.”

This is AirSelfie’s most affordable and intuitive entry-level aerial camera. The value-priced camera is geared toward casual photographers and videographers age 10+.

It features a 12 megapixel camera, HD video capability and a six-minute flight time between charges. In addition, it works with the One-Touch app. SRP: $99.95.

This is AirSelfie’s autonomous flight, zenith aerial camera. The Zen features a 13MP, 120º zenith camera and plastic carbon-reinforced body that flies and captures high-res photos and 4K videos without a connection to a smartphone.

Moreover, it has water-resistant capabilities, allowing it to be safely used outdoors. $139.95.

AirSelfie claims the Duo is the first aerial camera on the market to feature dual lenses for landscape and zenith photos and HD videos. The Duo employs a 12MP FOV 80° front camera as well as a 12MP FOV 110° wide-angle zenith camera. It has a 120g aluminum alloy body and a seven-minute flight time. In addition, there is a removable battery for extending flights. $229.95.

AirSelfie’s Air camera models will be available globally in 2019. The company is developing a global distribution strategy to offer its products and accessories at leading retailers in the U.S., Canada and throughout Europe and Asia.

Additionally, AirSelfie products will be available in 2019 at duty-free airport stores across the U.S., UAE and Europe.

The AirSelfie products are pocket-size aerial cameras. They connect to a smartphone, allowing users to take HD photos from the sky. The free iOS and Android app controls the camera drones.

In addition, an international team designs all AirSelfie products and accessories. Developers and engineers from Shenzhen, Italian designers and experienced corporate leaders are all coordinated by the AirSelfie Holdings Group. AirSelfie Holdings manages development, production and distribution globally through its affiliates. 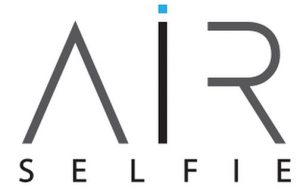 Moreover, the company’s team of engineers and designers is now working with the “Enterprises Factory” e-Novia on product research. It is leveraging the distinctive e-Novia’s skills in predictive control, sensing, reasoning, acting as well as artificial perception. This will result in new functions and features for AirSelfie cameras. 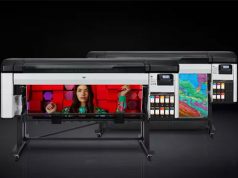