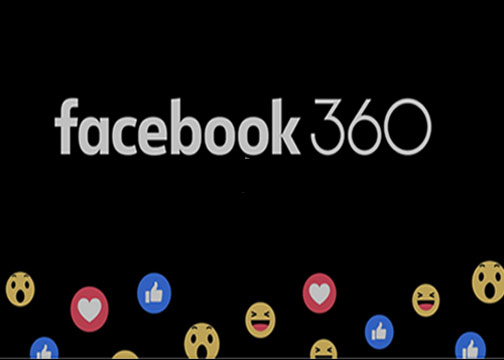 Menlo Park, CA—Facebook is making its bid to further popularize 360º photos and videos, as well as address the format’s growing use among Facebook users. The company announced it has launched the Facebook 360 app for Samsung Gear VR content.

“Today, we’re making 360º photos and videos even more immersive and easier to discover with the launch of the Facebook 360 app for Samsung Gear VR, powered by Oculus. The app is an exciting new way to explore Facebook 360 photos and videos,” Brent Ayrey, product director, and Christopher Wong, software engineer, at Facebook announced.

To download the Facebook 360 app for Gear VR, consumers can open the Oculus app on their Gear VR-compatible Samsung device and search for Facebook 360. Or they can visit the Oculus site to get started.

With more than 25 million 360º photos and more than one million 360º videos posted on Facebook to date, there’s plenty of content to discover with Facebook 360. The app is designed as a one-stop shop for catching up on what the social network’s members may have missed from their friends and others they follow, as well as publicly shared content. They can also revisit 360º photos and videos they’ve saved.

At launch, the app will feature four feeds or sections:

•    Explore. Discover some of the most interesting and popular 360º content on Facebook from media companies, organizations and individual creators.

•    Saved. App users will find all the 360º content they’ve saved from News Feed to enjoy at a convenient time.

•    Timeline. They can also relive memories in a new way through their own 360º photo and video uploads.

Part of Facebook’s 10-year VR plan, the company promises more social features are coming soon to the app. Ayrey and Wong added, “We look forward to seeing how people use the app to connect with the people and things they care about. And we’ll continue to improve the experience and hope to bring it to more platforms over time.” facebook.com