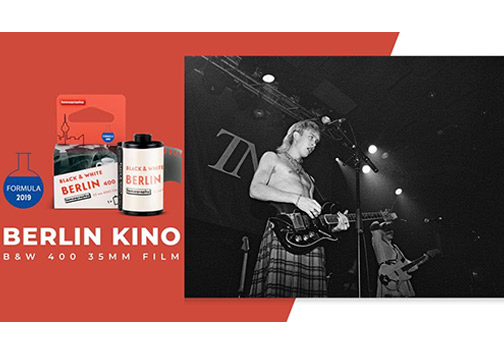 “Our first Berlin Kino film, inspired and modeled after the impactful imagery of the New German Cinema movement, was a blockbuster success,” the company announced. “However, much like German cinema evolved through time, so did our film formula. Moreover, Berlin Kino B&W film users will experience an upgrade in their freedom of creative choice, no matter if they shoot with 35mm or 120 format.”

This refined B&W formula retains huge amounts of photographic detail in both bright and shadowy environments. As a result, photographers are able to capture images with the flexibility to achieve the look they desire.

Furthermore, the film is unique in its high dynamic range and ability to produce distinct yet equally impressive results with different filters and development processes. As such, the panchromatic emulsion is a blank canvas for creativity.

The native sensitivity of this film is ISO 400. However, due to its impressive latitude, photographers can push the ISO up to 800, 1600 or 3200. Moreover, the film will retain a tonal range and detail.

In addition, photographers may develop the emulsion at home, in the lab, with the standard black-and-white process. For home development, consult the development chart here.

What’s more, the standard storage temperature of the film is 68°F, but for long-term storage Lomo recommends keeping it below 50°F. Exposing the film to temperatures above 68°F for long periods of time impacts its performance.

“We at Lomography are dedicated to preserving the art of film photography. Over the years, we’ve also amassed a loyal community of Lomographers who love the medium as much as we do,” Lomography added. “This is why we are relentless in delving deeper and improving our formulas. In addition, whether their preference is B&W or color, photographers around the world can find what they want and need in our film collection.” 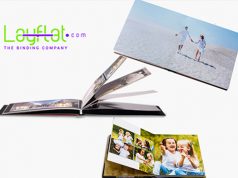