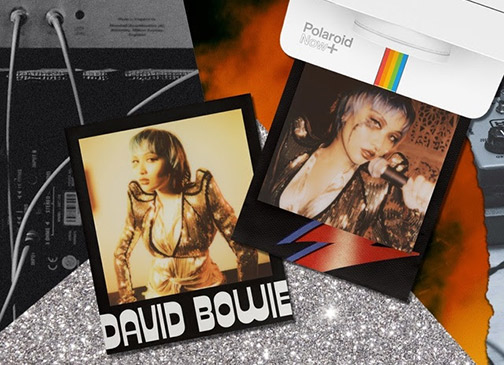 New York, NY—Polaroid has launched a limited-edition Bowie i-Type instant film. The Bowie x Polaroid film is the result of a collaboration with The David Bowie Archive, which honors the multitalented, multifaceted, multimedia artist. 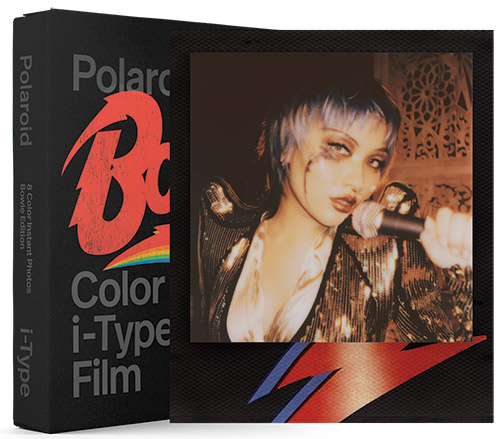 “We were inspired by the artist’s boundary-pushing imagination at the intersection of art and music culture. Considering that we’ve entered the music space, we wanted to celebrate it with a film collaboration, and strengthen our association with music culture,” the company announced.

“Plus, Bowie was an analog photography enthusiast and has been shot many times on Polaroid cameras, adding an extra element to the story and our partnership.”

Moreover, Bowie worked with various mediums, including Polaroid. The cover artwork of his 1979 Lodger album, for instance, is a Polaroid photograph by Brian Duffy. The various artists featured in the Bowie film campaign are Celine Autumn, Mannequin Pussy, Rocket, Pixx, PVA as well as Foals. 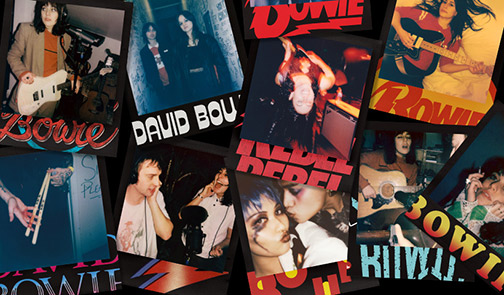 In total, Polaroid is offering 10 different frame styles for the limited-edition film. The eight frames in each pack are randomly selected. The frames are inspired by the artwork and imagery of classic David Bowie albums. Moreover, each frame features designs inspired by a different era and persona.

Available for a limited time, the Bowie x Polaroid film pack has a suggested retail price of $19.99.