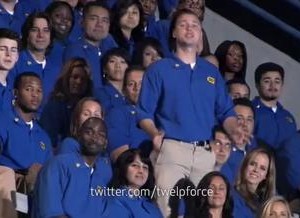 Twitter Tuesday announced that it will feature advertising for the first time, and Best Buy is among the first advertisers, the Wall Street Journal reported.

The ads, part of a service called Promoted Tweets, will appear at the top of search results on the social networking site, in a model similar to that of Google. The first ten advertisers include Best Buy, Virgin America, Red Bull, Sony Pictures and Starbucks.

Best Buy has been active on Twitter in the past, launching a Twelpforce real-time tech support service last year.