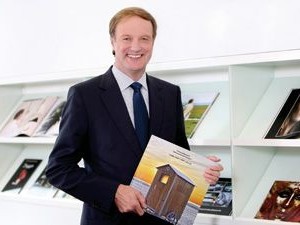 Oldenburg, Deutschland—CeWe Color Holding AG, Europe’s largest online print and photo service provider, for the first time recorded sales of over 500 million euros ($66,575,000 US) in the 2012 fiscal year—an increase from its 2011 sales of 469 million euros. The company also reached target earnings before interest and tax of 27 to 33 million euros, attributing its CeWe PhotoBooks and online printing as strong growth drivers.

With a sustained brand awareness of around 48% in Germany, the CeWe PhotoBook was again “the” Christmas gift idea for many consumers. A number of new photo products brought out in 2012 were also in demand for Christmas, alongside photo calendars, greeting cards and wall decorations. The company also reported strong sales in personalized iPad and smartphone cases, cushions and fabric products with personal photos and new ceramic products—also via the new CeWe PhotoWorld app for tablets and smartphones.

“I’d like to strongly praise all our divisions; our Christmas sales were once again outstanding!” said Dr. Rolf Hollander, executive chairman of CeWe Color Holding AG.

Hollander also noted the success of the new products, above all the CeWe PhotoBook, in driving the seasonal shift of sales and earnings at CeWe for years. “Whereas formerly the third quarter of a year delivered the largest contribution to turnover and profit, today this has shifted to the fourth quarter. There are two reasons for this trend: firstly the decline in individual photographs (both analog and digital), spread throughout the entire year with a focus in the summer, and secondly the strongly rising demand for value-added products for which there was high demand as gifts at Christmas,” he added.

“Even now, in the early stages of producing the 2012 Annual Report, we are also very certain about exceeding our target sales figure of 40 million euros in online printing,” reported Dr. Hollander. “The acquisition of the Saxoprint Group in 2012, the new CeWe Print brand launched in August 2012 with a successful advertising campaign and the viaprinto brand would all have contributed to the group’s growth with printed advertising materials for corporate customers—such as flyers, folders, posters and visiting cards. The combination of football banner advertising and TV commercials for CEWE Print is working and is transforming CeWe into a veritable brand-name company.”

CeWe Color’s total online printing volume is largely handled by Saxoprint in Dresden, with growth creating significant staffing needs. In parallel, CeWe Color operates the smallest German photofinishing business in Dresden. “Our strong growth in online printing now makes efficient restructuring possible: If we consolidate these businesses, we can meet the personnel requirements at Saxoprint with our own qualified CeWe employees and, at the same time, elevate our photofinishing businesses to the right and consistent level of efficiency,” Dr. Hollander added.

All employees of the former CeWe Color business in Dresden will receive an offer of employment from Saxoprint in Dresden or a comparable job within the CeWe Group. The company’s four large production plants will then absorb the production volume of the small older Dresden business. Furthermore, production in Poland will be concentrated in Kozle, and Sales and Customer Service will remain at the second, much smaller site in Graudenz.

CeWe Color will announce a specific forecast for the 2013 fiscal year on March 27, 2013 at a press conference for its annual report. cewecolor.de/en