There is no doubt the CE industry faces tremendous challenges. But even as the recession takes its toll, more bright spots continue to emerge each day.

"Things are getting better, things are improving," Shawn DuBravac, the Consumer Electronics Association’s economist and director of research said toward the end of his keynote speech, "Retailing Circa 2009: Three Trends Forever Changing the Landscape," on the opening night of RetailVision’s spring conference in Boca Raton, Fla. "I think this is as bad as it’s going to get."

Of course it’s still too early to make any set predictions on when the recession will end, but there are signs of optimism. DuBravac noted that this is the worse economic crisis since the Great Depression so "we probably won’t see another one like this for another 75 years … and we’re all still here."

He also mentioned how consumer confidence is improving, consumer spending on CE products continues to outpace spending on other durable goods and that manufacturers are beginning to refresh inventory in the retail channel.

"That has been a saving grace. We haven’t seen any big liquidations at fire-sale prices," DuBravac said, adding that even Circuit City’s liquidation prices remained relatively high. "My gut tells me manufacturers will be releasing more product into the channel as we move into the back half of the year."

In CEA’s latest research, the association’s advisory panel, made of vendor and retailer "industry insiders," predicted industry growth of about 2.9 percent in 2010.  "We’re not projecting a blow-out holiday season, but it should be better," DuBravac said.  "We’re seeing consumer sentiment coming back. That has created a lot of pent-up demand."

When polled earlier this month, more of CEA’s industry insiders expected to hit the bottom of the recession in the third and fourth quarters of this year than they did when polled in February. About an equal amount said in both months they expect the bottom to come in the second quarter.

Most retailers, though, aren’t sitting still, waiting for the day things get better. To deal with the recession, about 40 percent have cut prices, laid off employees and introduced new products; 60 percent are offering new promotions; about 50 percent are exploring new business models, such as online initiatives or product branding; 75 percent have cut inventories; and about 65 percent have reduced CAPEX, according to the advisory panel.

After the economy begins to settle down, DuBruvac believes three emerging trends, along with their related challenges, will define the
recovery.

First is a new era of merchandising. Although customer satisfaction with retailers is high, customer service has suffered. One sign of that is the number of consumers (about 65 percent) who are turning to the Internet first for the information they used to get from retailers.

This has lead manufacturers to market and sell directly to consumers and to open their own brand-specific stores or e-commerce sites. Those efforts often cause miscommunication between manufacturers and retailers, especially when it comes to product pricing, which further frustrates consumers with their traditional retail experience. Both sides will have to find ways to release consistent information to consumers, maintain their individual brands and, mainly in the case of retailers, find alternative ways to market, including aggregate e-commerce sites, social networking platforms and grassroots Web campaigns.

Elements of the new merchandising trends also include second-tier manufacturers and regional as well as non-traditional retailers reaching for first-tier status. That trend will lead to more branded products and e-commerce initiatives.

The second trend is something DuBravac refers to as "managed realism," where manufacturers and retailers create user-generated marketing campaigns that include both a controlled message and a sense of realism to build consumer trust. Lowe’s Home Improvement, HP and Walmart, with its "Moms" campaign, have done a good job in defining that early trend, DuBravac said.

The third trend is an evolution of service, in which manufacturers and retailers create a 360-degree or holistic experience backed with a 360-degree solution that includes a device, content and service. Think Apple’s iTunes and Amazon’s Kindle platforms, where one provider offers everything the consumer needs for a full solution.

Now’s the time for manufacturers and retailers to start thinking how they can leverage and monetize those trends because, as we’ve seen in the past, bad times always end, paving the way for recovery. This recession is no different.

"I think we’re getting close to the bottom, or at least seeing it form," DuBravac said. 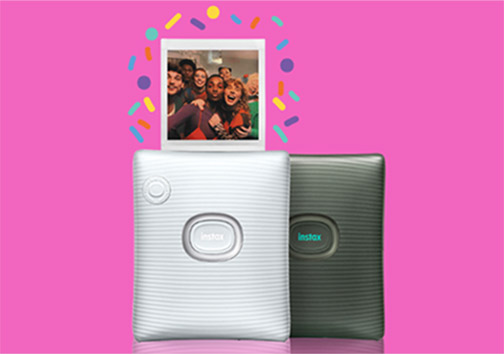