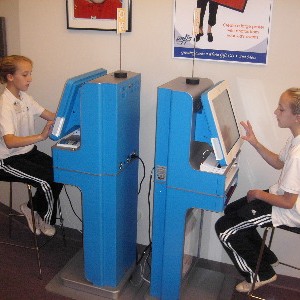 The push is on to get consumers excited about printing their digital images and the stakes are high as the imaging industry grapples with ways to reignite the once lucrative 35mm processing business now that it’s moved fully into the digital age.

A recent event held at Dan’s Camera City in Allentown Pa., one we’ve covered in this space in past issues, only served to accent this battle and really highlighted the direction it is currently headed in.

“The media won’t run pictures of male industry executives. You need a media event with an eight-year old girl, maybe with a puppy, using the kiosk.” That advice from Bill McCurry to Greg Kearnan, HP’s Director of Sales initiated a rediscovery of the obvious, an uncovering of what excites consumers about printed images.

Kearnan has twin 10-year-old daughters, Kelly and Paige. He asked if they’d volunteer to attend the aforementioned press event at Dan’s Camera City held last month. Their response was more than enthusiastic. It meant time out of school, as well as a unique experience to share with their classmates.

The challenge for HP’s Kearnan was finding images for the girls to use that would demonstrate what he explained was the “ease and fun” of the kiosk HP was demoing at the event – the Photosmart Studio. The girls are fifth grade students at Rutgers Preparatory School (Somerset, NJ) where an overnight four-day field trip is a school tradition. Their class recently returned from Destination Farm School (Athol, MA). The twins and their classmates got up at 6:15 a.m. each morning to feed goats and pigs, cook meals, do dishes, milk cows, gather chicken eggs and perform a variety of other farm chores. Sean Thorne, a fifth grade teacher, took digital pictures of the trip that the twins could use to make items like photobooks, calendars and collage posters.

Each girl was given a CD of all of Thorne’s pictures that they took to Dan’s Camera City (Allentown, PA) the day of the aforementioned press event. Kearnan told us that when they drove home from the event both girls jumped out of the car as soon as it stopped in their driveway, each running to be first to show their mother what they had made. “That’s when I really understood the excitement creative digital products bring to the customer. The fact the girls made these products brought them emotionally closer to the images, the events in the images and the products they made.”

Kearnan’s daughter Paige made a collage poster of the field trip measuring 24” x 36” that currently hangs on the wall outside her classroom. To say her teacher was impressed would be an understatement as Thorne exclaimed, “ It was fantastic. What a great way to build community among the parents and the students. I told the principal we need this technology on campus.”

Kearnan’s other daughter, Kelly, created a photobook and calendar that she presented to her teacher. The book was durable enough to be passed around to dozens of elementary school students without ill effects. Again, many students found it a new experience to see a story told in pictures taken by their teachers.

While conventional wisdom, along with quite a few research studies, claim this demographic isn’t interested in printed pictures, choosing instead to view them only on cell phones, computer screens, camera LCD’s, etc., those involved in this project formed a decidedly different viewpoint. “I would disagree with the conventional wisdom,” Kelly’s teacher Jane Chamberlain, who has been involved in this annual field trip for 8 years now, explained. “After seeing the excitement and sharing generated by the printed materials these girls brought to the class, I’d say yes, they do like to look at computer screens and cameras and phones, but I think that’s just because it’s there, it’s quick, they can see it right away. However, once that moment has passed, they need to have it in print in order to really enjoy it.”

The joy and emotion inherent within a printed picture is a big part of the sell-through when it comes to digital pictures. As Kearnan explained, “We’re in the industry every day, yet we forget the emotion that images bring to the viewer. It’s exciting to see the enthusiasm and excitement the kids and their families have shown over the books and collages. It reinforces that it isn’t technology driving our industry; it’s the human emotion the technology lets us enjoy.”

Dan’s Camera City owner, Mike Woodland concurred and added, “Most people in the industry miss an important part of what these products do. The emotional attachment people get from doing it themselves is part of it. The other part is that, as an industry, we think of large format prints as single images. The collage product has been a sleeper. Once we displayed the options and showed customers how easy it was to have multiple images on one poster, sales started to skyrocket. It’s like an album exploded. You can’t overestimate the emotional value of a customer who makes their own memories come alive.” 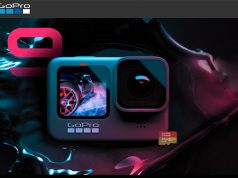