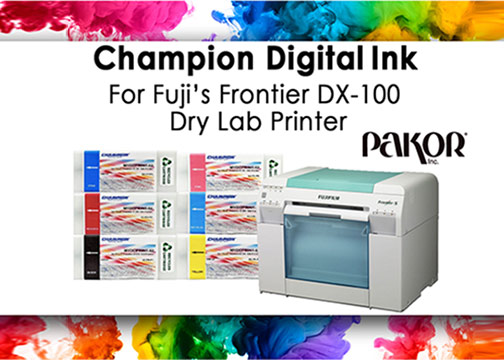 Maple Grove, MN—Pakor, Inc., a provider of photographic supplies, has added a new ink product to its portfolio. Champion Digital Ink developed an ink (Mydoprint-52) that is specifically made for Fujifilm’s Frontier-S DX100 dry lab printer. The DX100 is said to be the number one choice for dry lab printers in the industry.

“Customers now have more choices and ways to increase their profits,” said David Goldman, Pakor’s regional sales manager. “I have several customers that have already made this switch. They are reporting back to me that the inks are performing flawlessly. Because you can add one cartridge at a time or the complete set, it makes it easy for users to convert. It’s a truly ‘plug and play’ solution. We believe many businesses will gladly make the switch to the new Champion Digital Inks.”

Manufactured in the United States, Champion Digital Ink’s Mydoprint-52 inks are designed to match the same exact quality and specification of the original OEM inks. In addition, according to Pakor, the inks have undergone extensive testing. Mydoprint-52 inks perform to density and delta E tolerances well within the acceptable industry levels and are virtually impossible to distinguish from the OEM inks, added Goldman.

Lightfastness testing was carried out to determine the UV stability of the ink and media combinations under a given set of conditions. Based on the work carried out under the conditions of the report, the Champion Digital Ink, specifically Mydoprint-52 ink, is considered to be at least equivalent to the Fujifilm DX100 counterparts. These Champion inks also have additives to combat heat and humidity. Those interested in reading the full testing results, contact Pakor for a copy of the report.

Champion Digital Inks were formulated as drop-in replacements to the original OEM ink. As a result, they can be introduced without any interruption of workflow. Printer operators can even continue to use Fujifilm recommended drivers and profiles, Goldman said. liberty2create.com

Pakor, Inc., a pioneer in the photographic industry, began as Pako Corporation in 1912. It started out as a worldwide manufacturer of photofinishing, graphic arts as well as X-ray equipmen

t. Since that time, the company’s customer service and value-added approach allowed it to emerge as a leading supplier of photographic equipment and supplies. Pakor now serves national, regional and also independent retailers. pakor.com 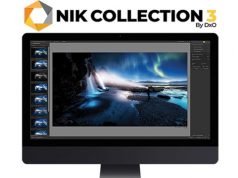 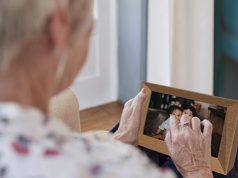 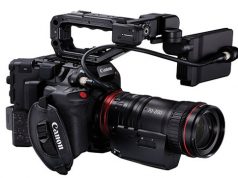