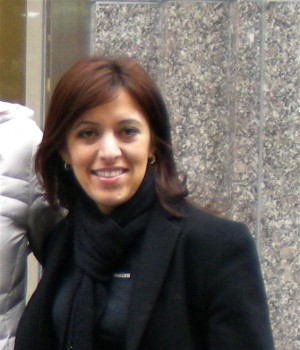 For the last 13 years, Enas Raynor has achieved something rare in modern retail:  she’s stayed with one company, working her way up from a Christmas-help salesperson to a Territory Business Manager in charge of the East Coast.  That company, however, was Circuit City, and last week, Raynor, along with 34,000 of her colleagues, learned that the chain’s remaining 567 stores will be liquidated and shuttered over the next 60 days.

"It’s absolutely sad," said Raynor, Monday, from her home in Florida. "These people became my family and my friends. Despite all the changes and cuts in recent years, the company was always pro-employee. If I have one hope, it’s to find a company that cares about people the way Circuit City did."

Raynor’s community-orientated approach to business was fully-employed during her time at the national chain.  She’d helped head a team of that was trying a new retail model, "The City," which made room in stores for a "community lounge" where employees would invite customers in for seminars and entertainment.

"As a company, we may have done a lot wrong, but there was a ton of right too, a ton of good," she said.  "People always asked me, ‘Are you looking for a job?’ and I always said I wanted to do everything I could to make a difference first."

Raynor, who can be reached via e-mail at EnasRaynor@aol.com, has kept firm hold of her optimism as she embarks, like so many others this year, on a job hunt.

"I like motivating and developing people," she said. "I’d love to lead a team."