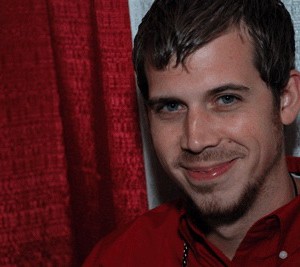 Small retailers are holding their own for now, but many said the economic crisis and credit freeze will cut deeper into their businesses as the year progresses.

“Fortunately, it hasn’t affected us yet because all of our vendors have us on 30-day payments,” Scott Knouse of Knouse-Fisher Technologies, Burnham, Pa., said during D&H Distributing’s recent Mid-Atlantic Fall Tech Show in Hershey, Pa. “The future, though, will get worse, especially if vendors cut their terms.”

Knouse, who runs a small retail store and service business focused on computer-related products, said hardware and software sales are still good, but that many small- to medium-size businesses have cut back on their consumables, such as printer toner. “That’s usually the first thing to go,” he said.

Joe Dries, owner of Computer Run in Pitman, N.J., said independent dealers are better positioned than larger nationals to weather the downturn, mainly because of their deep customer relationships and ability to survive on lower volume sales.

“The big guys need more people coming through their doors,” he said. “But we have to buy right. We have to change our buying habits because we can’t keep inventory.”

Like other dealers at the show, Dries, who sells cameras, small networks, computer systems and other electronics, has been pushing more repair and set-up services as a way to offset flagging product sales and margins. “We’ve been around for 26 years, so the word of mouth is, if you need it fixed or installed the right way, come to us,’” he said. “We can do it cheaper than the Geek Squad and we can do it right.”

Matt Riley, D&H’s senior director of financial services, said dealers across the board are decreasing their inventory levels, relying more heavily on the distributor’s services, such as drop shipping. Meanwhile, D&H is meeting all of its sales goals for the year, while exceeding some, said Riley and D&H co-president Dan Schwab.

Many dealers at the show said they stopped offering their own credit programs years ago. D&H, on the other hand, has increased its credit lines to partners by more than $28 million during the last year. The trend will continue. “There are still thousands and thousands of people who are credit worthy,” Riley said. “If they qualify, we won’t say no. We’re also increasing credit lines for customers who prove themselves.”

Several dealers said business was strong till the end of the back-to-school shopping season, when things began to slow. “Through August and September, their business has been strong. There has been some concern in the last few weeks,” Schwab said, adding that some market analysts, though, predict fairly stable CE sales in the coming months.

Ken White, manager of the Cyberguys in Timonium, Md., said it’s typical for service sales to increase when the stock market decreases. Cyberguys, he said, has increased marketing and advertising around its services and expects the area to remain strong despite the condition of the economy

Schwab added, “It’s unrealistic to think this (economic turmoil) won’t affect dealers, so we’re taking all the appropriate steps to help them in what might be challenging times. At the same time, you have to be more aggressive in finding opportunities and revenue streams, or in taking costs out of the business.”