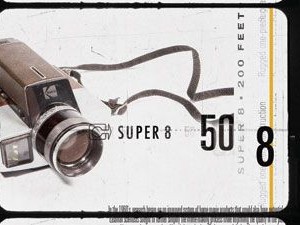 Rochester, NY—Kodak celebrated the 50th birthday of the Super 8 format at Cine Gear Expo, which took place June 5–6 on the Paramount Lot in Hollywood. Activities in Kodak’s area included Stop By Shoot Film sessions with Pro8mm and an opportunity to win a Super 8 production package.

Attendees could also preview the new Logmar Super 8 camera. Made for professionals, the camera will be exclusively distributed by Pro8mm. It features an electronic viewfinder, Wi-Fi remote control and audio recording.

“Super 8 has stood the test of time,” said Andrew Evenski, president and general manager of Kodak’s Entertainment & Commercial Films. “It is the first love and experience for so many filmmakers, from first-time users to Oscar winners. Super 8 has launched careers, captured life’s most important moments, and preserved art for five decades. These are the same reasons Super 8mm endures today, and will remain a strong format of choice in the future.”

To highlight the weekend’s festivities, registered Cine Gear Expo attendees could stop by Kodak’s Airstream to get a hands-on opportunity to shoot Super 8 film for free. Kodak and Pro8mm hosted four Stop By Shoot Film workshops that were designed to provide hands-on opportunities to use motion picture film. Participants received basic training and a roll of Kodak Super 8 film, which will be processed and scanned to HD in Pro Res by Pro8mm.

Cine Gear attendees also had the opportunity to win a Super 8 production package, which included more than $200 worth of Super 8 film from Kodak and $500 in services from Pro8mm. kodak.com