In addition, it is the first X-series interchangeable lens to have a 1.0x magnification factor. As a result, the XF80mm f/2.8 is engineered “to achieve high resolving power and beautiful bokeh, making it a perfect lens for capturing stunning macro images,” the company announced.

Furthermore, the lens has enhanced autofocus capabilities utilizing a floating focus system built to suppress aberrations. It also supports handheld shooting with optical image stabilization said to achieve 5-stop IS. Moreover, a fluorine coating is applied to the front lens element, making it less susceptible to smudges, water and dirt. The lens is also designed to be weather and dust resistant. It is also able to operate in temperatures as low as 14°F.

Additional features include compatibility with all Fujifilm X-series interchangeable-lens cameras; a linear motor for fast and near-silent autofocus performance; and support for XF1.4x and XF2.0x teleconverters. 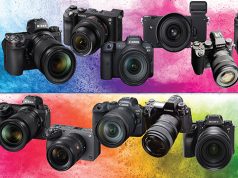