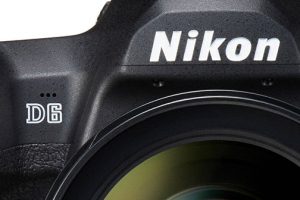 Nikon released the D1 digital SLR camera back in 1999; that makes 2019 the 20th anniversary of the single-digit D series. Due to the imaging know-how cultivated over Nikon’s history in camera development, its professional DSLRs continue to evolve. The company has consistently incorporated advanced technologies into its cameras. In addition, its engineers have responded to the demands of professional photographers. As a result, with the D6, Nikon will release its most advanced DSLR to date.

Moreover, this year is the 60th anniversary of the Nikon F mount. To mark that event, the company is also developing the AF-S Nikkor 120–300mm f/2.8E FL ED SR VR lens. The F-mount lens is an option for professional photographers in fields such as sports photography.

Nikon will announced details of the D6 and new telephoto zoom lens, including release dates, pricing and specifications, at a later date.

The 24mm f/1.8 S Z-mount lens is optimized for capturing everything from cityscapes to environmental portraits. Moreover, its design takes advantage of Nikon’s large Z mount, to deliver fast, bright, sharp performance in nearly all lighting.

“The Nikkor Z 24mm f/1.8 S continues our commitment to offering exciting prime lenses to Nikon Z 7 and Z 6 users; it also provides the exceptional level of quality achieved by the S-Line of Nikkor Z lenses,” said Jay Vannatter, executive vice president, Nikon Inc. “The combination of wide-angle perspective and a fast f/1.8 aperture is optimal for all types of photography including landscapes; making the Nikkor Z 24mm f/1.8 S a must-have lens to unleash the full potential of the Nikon Z series.”

Providing an essential focal length to the kits of Nikon Z 7 and Z 6 shooters, the new lens benefits from the most advanced Nikkor technologies. They combine to deliver beautiful bokeh and high resolution across the entire frame, even at maximum aperture.

The lens is a solution for photographers and videographers looking to capture wide-angle landscapes, street photography, travel adventures or astrophotography. Moreover, for videographers and content creators, its popular focal length is a staple for production because of its natural perspective.

The Z 24mm f/1.8 S features nine rounded aperture blades to capture circular bokeh that adds a level of dimensionality to content. In addition, it can be used in most environments, because of its dust- and drip-resistant body.