As a result, the company offers four f/1.8 lenses for the Lumix S series that feature a common size and positioning of control parts. This makes it easier to exchange lenses quickly when the camera is on a gimbal with minimum adjustment of gears. In addition, because the lens diameters are a consistent 67mm, users can also apply the same filters across the lens set.

Suitable for a range of images, from portraits to landscapes, the Lumix S 50mm f/1.8 is also an option for video recording. That’s due to a mechanism that suppresses focus breathing. This advantage, together with a micro-step aperture control for smooth exposure change, produces pro-quality video. 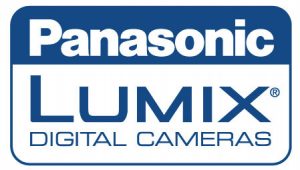 Compact and lightweight, the new lens is also dust and splash resistant. In addition, it can withstand use under harsh conditions at temperatures as low as 14ºF.

Panasonic also announced that the 24mm and 35mm f/1.8 large-aperture lenses are under development. “The Panasonic and L-mount system alliance is committed to the development of L-mount lenses for the further expansion of its lineup to fulfill the needs of customers,” the company said.