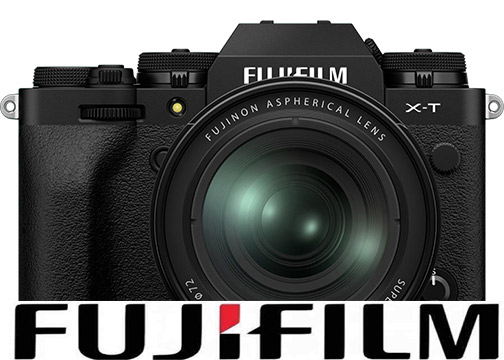 Weighing 1.23 pounds with battery and memory card, the X-T5 is an option for a variety of photographic genres, from street/documentary photography, where mobility is a requirement, to landscape photography and portraiture that require high resolution. Portability as well as a weather-resistant structure allow users to take the X-T5 into nearly any weather conditions.

“X-T5 combines all the fan favorites in one body. This system offers IBIS in a compact and lightweight body designed for portability, which is at the core of our X-T system. We’re also reintroducing the 3-way tilt screen to create stills and video from any position,” said Masato Yamamoto, general manager, Imaging Solutions Division, Fujifilm Corporation.

“At Fujifilm, we continue to push the boundaries of camera technology with each new camera release. X-T5 is no exception. It offers fantastic all-round performance for both stills and video.”

The sensor also offers a high number of phase-detection pixels for AF-S focus on a high-frequency subject. As a result, it provides accurate autofocusing in situations such as landscape photography and portraiture. Also, the AF prediction algorithm offers stable focusing in AF-C mode.

In addition, the Pixel Shift Multi-Shot function allows photographers to make 160MP, super-high-resolution images. Plus, the ILC supports the HEIF image format, which delivers 10-bit image quality in files up to 30% smaller than standard JPEGs.

Moreover, the X-T5’s IBIS system works in five axes to combat all types of camera movement. Its seven stops of compensation enable it to continuously freeze 20 frames in a single click of the shutter. The dedicated software Pixel Shift Combiner processes the frames to generate an image containing 160 million pixels.

The camera’s 1.84-million-dot, three-way tilting LCD makes it easier to create in the vertical position or at waist level. It’s complemented by a 3.69M-dot EVF (electronic viewfinder) with 0.8x magnification. The viewfinder suppresses parallax and distortion that typically occur when an eye position becomes displaced while using the viewfinder. 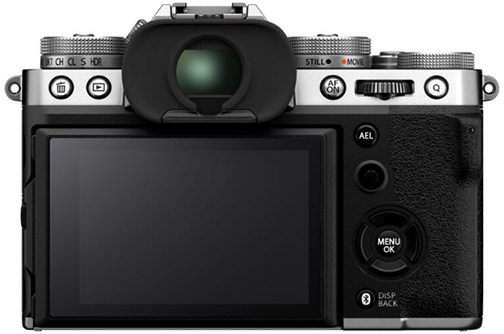 In addition, the classic X series layout is retained. Dials for ISO, shutter speed and exposure compensation are easy to set, even with the camera switched off.

The camera also offers video functionality. Movies are recorded internally at up to 6.2K/30p in 4:2:2 10-bit color. Also, the 4K HQ mode oversamples 6.2K footage for detailed 4K output. The X-T5 also supports F-Log2, which records a dynamic range of 13+ stops—wider than that provided by the current F-Log—for broad postproduction potential.

Fujifilm is also offering the MHG-XT5 hand grip specifically for the X-T5. The grip facilitates users’ ability to handhold the camera when a large-aperture lens is mounted. Plus, they do not have to remove the hand grip to change a battery or SD card. In addition, the MHG-XT5 grip can acts as a plate compatible with the Arca-Swiss quick release system. 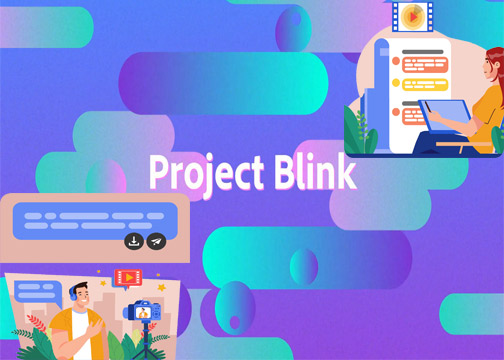