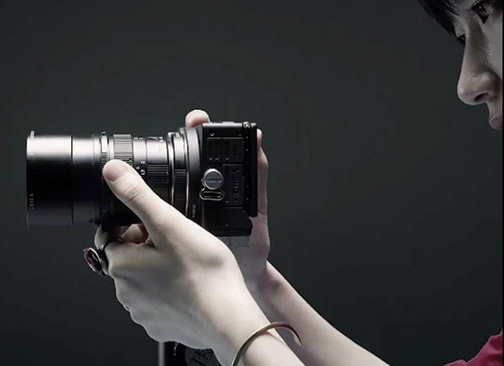 With the Sigma fp, the company sought to develop a user-oriented digital camera that reflected the idea of “how a camera can be,” in a flexible and true-to-life manner. It employs a 35mm full-frame Bayer sensor with 24.6 effective megapixels. It also boasts an intuitive UI that enables users to move between still and cine shooting modes with one finger.

With a robust body covered on the front and back sides with die-cast aluminum alloy, the camera’s scalable “open and liberal system” allows photographers to pair it with lenses and accessories, whether from Sigma or other brands, via attachments. The body is also sealed at 42 points for a dust- and splashproof structure. In addition, the camera features overall dimensions of 4.43×2.75×1.78 inches and a body weight of 15 ounces, sans battery and card.

Moreover, it employs an electronic shutter for discreet shooting in any environment. The Sigma fp is constructed without a mechanical shutter for quiet shooting. Furthermore, it gives no shutter shock, even when shooting in quick succession at a frame rate of 18 frames per sec.

In addition to a dozen different color modes, the fp introduces the teal and orange mode. This feature was inspired by the color-grading technique commonly used in Hollywood films. Plus, each mode has a slider that enables adjustment of the strength of the effects.

In addition, the camera employs advanced technologies for image and video generation. Its auto HDR function takes advantage of the electronic shutter; it takes multiple pictures of different exposures at once (three frames for still photography and two for video). They are merged into a single photo or video with dynamic range not achieved in normal shooting.

Also, a cinemagraph function creates a hybrid between still photography and video in the form of animated GIFs. Parts of the still image keep moving. However, Sigma notes that the auto HDR function in the cine mode and the cinemagraph function are scheduled for a future firmware update.

In addition, the Sigma fp uses the L mount, which is characterized by a short flange focal length and large diameter. As a result, in addition to working with Sigma lenses, other manufacturers’ lenses are also an option. This is a result of the L-Mount Alliance with Leica Camera AG and Panasonic Corporation.