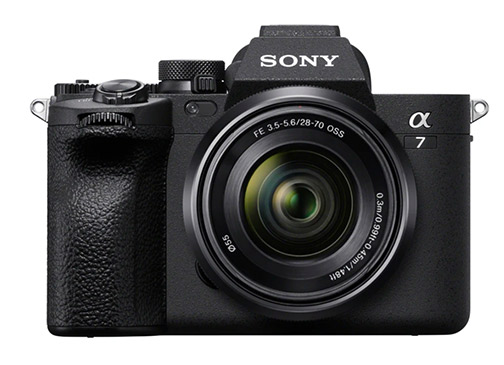 It also employs the latest Bionz XR processing engine and AF (autofocus) capabilities from the flagship Alpha 1. Moreover, the new model combines streamlined operability for photos and movies. For enthusiasts as well as professionals, the Alpha 7 IV also offers various features to support the growing demand for remote communication.

“Since its introduction over three years ago, the Alpha 7 III has made tremendous impact in our industry; completely redefining the expectations for what can be accomplished with a ‘basic’ or entry-level full-frame camera,” said Yang Cheng, vice president, Imaging Solutions, Sony Electronics Inc.

“Now, it’s time to break through all existing boundaries again. The Alpha 7 IV brings together the best of Sony imaging technologies in both photo and video to deliver a high-end experience to a wider range of customers. This gives today’s creators a new level of freedom to capture, create as well as share in ways that they were never able to before, no matter the situation in which they find themselves.”

The hybrid camera integrates still image as well as evolved video technology with advanced autofocus, enhanced operability and improved workflow capability. Sony also developed it with the environment in mind; it uses Sony’s original recycled plastic SORPLAS for the camera body and packaging with recyclable materials.

Moreover, its Bionz XR engine can deliver high-speed AF; uninterrupted continuous shooting up to 10 frames per second with AF/AE tracking; and a large buffer for prolonged shooting.

In addition, the Alpha 7 IV provides Real-time Tracking tech and 759 phase-detection AF points in a high-density focal plane phase-detection AF system. The system covers approximately 94% of the image area. And for the first time, real-time eye AF can track birds’ and animals’ eyes for stills and movies, in addition to humans. Sony also improved face- and eye-detection accuracy for humans by 30% over the Alpha 7 III.

The hybrid still and video camera permits users to switch from photo to video and back at their convenience. New to Sony’s Alpha lineup is a dual-layer mode dial; it has a lower layer for selecting still/movie/S&Q and a top layer for auto/P/A/S/M and MR (memory recall). This enables users to quickly select and switch between the dedicated settings.

Furthermore, videographers can record 4K 60p 10-bit 4:2:2 video continuously for more than an hour thanks to the camera’s heat-dissipating structure. Moreover, a new feature called “shot mark” allows easy access to marked scenes in a video clip, within the camera and on Sony’s Catalyst Browse/Prepare applications.

In addition, by providing various connectivity options, the Alpha 7 IV enables on-the-spot streaming and sharing of content. Sony also simplified the connection between the camera and Imaging EdgeMobile application via Bluetooth. Data transfer is also possible by 5GHz/2.4.GHz Wi-Fi.

Consequently, 4K 15p and 1080 Full HD 60p deliver realistic video for remote sharing. Plus, users can pair the Alpha 7 IV’s digital audio interface with a range of mics and accessories.

The Sony Alpha 7 IV body is built with magnesium alloy. In addition, the redesigned structure and lens lock button contribute to enhanced dust and moisture resistance. The camera will reach retail in December 2021 with an SRP of $2,500. Sony also plans to offer a kit version with the FE 28–70mm f/3.5–5.6 OSS zoom lens for $2,700.