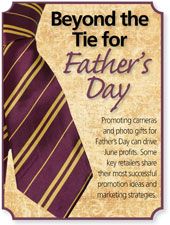 “Ninety percent of this game is half mental,” Yogi Berra once said, and it turned out to be apropos even though I wasn’t talking baseball with the dealers I called recently. My conversations were about Father’s Day promotions, but at least half of what we talked about was the mental game: the psychology of the buying habits of men and women and their timing and giving of gifts on the Mother’s Day and Father’s Day holidays.

I add Mother’s Day because although I set out to explore their promotional plans for Father’s Day, most of the dealers inextricably tied mom’s day into those strategies.

In fact, Mat Inkley, at The Imaging Depot in Ogden, Utah, combines mom’s, dad’s and grad’s days under one umbrella when it comes to promoting the Depot’s cards, wraps, photo books, prints, calendars and other products, services and ideas for photographs.

“We look at the entire season as one event, one campaign, with different key components,” he said. “We’ve found that if we try to do just a stand-alone Father’s Day event, we really don’t see much uplift.” The sales benefit comes when he ties it all together and gets his customers thinking about needing cards and gifts for mom, dad and grad. “Sometimes dad gets the short end of the deal after the moms and the grads,” he added, “so that’s another reason we combine his day with the others.”

The branding is consistent throughout. “We ran a promotion last week for 20% off graduation cards,” Inkley said, “and next week we’ll run a promo focused on Mother’s Day, and if you look at the ads, there’s no question they came from The Imaging Depot. It’s just that the inside contents will be a little bit different.”

He expects a popular choice for dad’s gift to be a print on metal. “It was a hit last year, and we’re seeing a lot of continued success with it. We also sell a lot of the traditional Father’s Day photo gifts that everyone seems to love—the ties, the mugs, those types of things. And we plan a big push on the message, ‘Come in, bring your picture and we’ll put it in a keepsake frame.’ So it’s not just order a print and you’re on your own; we’re going to put together a nice framed piece as a gift for dad so he can put in on his desk or hang it on the wall. We expect that’s going to be a big seller this year.”

For Joshua Litwin at Memento Press in San Francisco, the most important thing is to get folks’ attention, and he’s going to do it via e-mail and Facebook. The key isn’t any particular offer or promotion; rather it’s reminding the customer that “one, the holiday is coming, and two, that we exist and can solve their problem.”
It’s a vital message—it’s time to come in and get that holiday problem solved—and it serves as a catalyst for customers’ action.

“Our differentiating feature is the we-do-it-for-you element. For folks who are busy and are not getting around to doing the do-it-yourself online photo book or canvas print, we’re saying, ‘Come in and we’ll take care of it—we’ll do something great for you.’ ”

And he can show them something great. “They’ll see samples of what they can get, which they can’t see online in the same way, and they usually respond to them.”

What works well for Father’s Day gifts? “I’d put [prints on] canvas in the high end of photo gifts,” Litwin says. “They’re easy to author and easy to order. Photo books are more of a project.” But, he adds, the Father’s Day holiday tends to get more photo book orders because it’s the moms who are doing the buying, and moms plan ahead and like to feel they’re really accomplishing something, by creating a gift worth giving.

“It’s like the old Betty Crocker thing,” Litwin said. “Mom felt guilty when all she did was add water. But when they got smart and said, ‘Okay you’ve got to add an egg,’ that’s when it took off.” Father’s Day works basically the same way, he suggested. “Mom gets to express herself, but if it’s too easy she feels she’s a bad mom.”

A man is a different story. “The retail industry refers to him as Late Jack,” Litwin said, “and he’s highly price insensitive. For Mother’s Day he’s desperate and wants to get it done. ‘Save me,’ he’s saying.” But he hasn’t done the work of collecting photos for a photo book, so the gift has to be simple and direct, something he can do with one photo. “And it’s got to be nice. We make photo wine boxes, and this is sort of wine country here. The box we make is the lesser part of the expense, but it makes that bottle of wine special.”

And best of all for Late Jack, the photo around which the gift is created is often right at hand. “He has it right in his phone,” Litwin said. The phone is the camera for most people . . . and that’s maybe the most important change in our industry.”

I wondered if the quality of that phone image was really acceptable for the gift. “It is,” Litwin said, “and my staff knows to say, ‘We can use any photo for any purpose.’ The asterisk on that is for photos that are really low res or somehow challenged, and then we’ll have to do some filter applications or dress it up somehow, but we can do that, and so far we’ve been able to use any photo for any purpose, including the extreme—a right click off the web for a download.”

When I spoke with Mike Paschke at Shutterbug Camera in Santa Rosa, California, he got into the psychology angle right away. “We focus the [advertising] spots differently. For the gifts moms will get from dads, we try to make life easy [for the dads], take the workload away and give them something they’re proud to give.”

“This year we’re focusing on how to get her phone and digital pictures out of their digital format into the real stuff, but not making it difficult, just getting it done.”

The pitch to the dad, then, is stress relief and making sure that mom, the archivist of the family, gets print results—say, a photo book or an album.

For dad’s gift they go the other way and talk to mom about the technology of the instrument that takes the picture, and often that conversation centers on whatever the hottest technology of the moment is; it could be the filmmaking capability of a DSLR, for example. Or, because metal prints are also taking off for Shutterbug Camera, it could be the idea of making a big metal print of the shot dad’s so proud of. Which seems to confirm what we’ve always suspected: women are interested in end result, men like the process. “And that’s how we flavor the [radio, newspaper and web channel] spots,” Paschke says.

Newspaper promotion is especially important to Howard Kadair at Kadair’s in Baton Rouge. “For about the past three years we’ve been involved with Nikon’s flyer program, the printed inserts that appear in the Sunday papers. The first appeared April 1, and we’ve got four or five more through Father’s Day. [It’s] been a very successful program for us. Big Nikon business tends to drive the market at this holiday.”

Because Kadair’s is also in the electronics business, their other newspaper ads and radio spots will promote a number of Father’s Day appropriate items—”from a large-screen TV to some smaller giftable electronics like Blu-ray players and video receivers. We have also gotten very active in the past year and a half with e-mail blasts, and they’ve been very successful for us. The e-mail blasts will come from companies like Nikon and Sony as well as those we create.”

Sales of cameras as Father’s Day gifts seem to break along lines that echo industry research. “We still have a very vibrant DSLR market,” Kadair says, “but a sinking point-and-shoot market because of cameraphones. Cameraphones are on a major growth angle and [point-and-shoot] is in a flat to downward trend, and it is going to continue that way. Unless manufacturers come out with something extraordinary, some breakthrough technology, cameraphones will continue to eat up the point-and-shoot market except in one area where we find that it’s holding and actually has been pretty strong, and that’s in the area of long zooms, the megazooms if you will, 18x power and up. That’s where our market has been in point and shoot.”

And Howard Kadair’s take on the buying patterns of moms and dads? “Moms tend to give their husbands what they think they need; it’s the opposite with Mother’s Day, where generally so many women will make sure their husbands know exactly what they want.”

For Kadair’s, Mother’s Day is a bigger deal, and much stronger in sales probably because of the moms’ specific instructions—“you can call them strong hints if you want”—and the buying power of their husbands. Which makes it easier all around. “There are no question marks: the husband walks into the store, he’s got a piece of paper and he says ‘Give me this.’ ”

Father’s Day this year will be a little different for Mike Woodland at Dan’s Camera City in Allentown, Pennsylvania, because promotions for the holiday will coincide with the opening of a second Dan’s store.

“The promoted products will be a lot of the items that you look at as typically having male appeal,” Woodland said, but he will change up the marketing timetable a bit between Mother’s Day and Father’s. “For Mother’s Day you obviously promote starting with the week before, because men don’t necessarily pre-shop. They’re very reactionary. A man’s going to be out there a few days before the day, looking for something he thinks she wants. For those men who have on-the-ball significant others who may be throwing hints around in advance, we’ll be doing some ads before then, not necessarily Mother’s Day themed, but along the lines of how to get great family photos, because many men will be happy just being in the right neighborhood of a gift.”

“Father’s Day is kind of the opposite; women start to gather ideas and shop in advance, so we’ll promote that day further ahead. And where men are involved in photography, it’s more from the enthusiast level, so we won’t be putting much emphasis on point and shoot for Father’s Day, unless it’s something like a weatherproof camera that he can take on his mountain bike.”

Mike Woodland generally agrees that women are the long-range planners and men are the ones thinking, oh, my goodness, it’s Mother’s Day! “I exaggerate,” he said, “but not by much.” 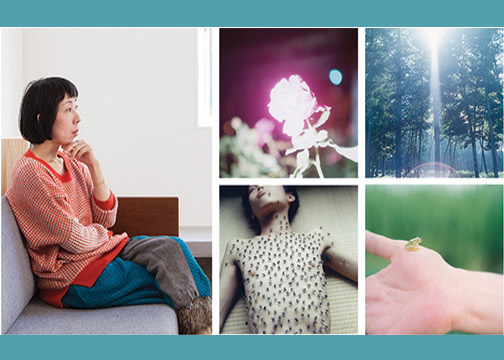