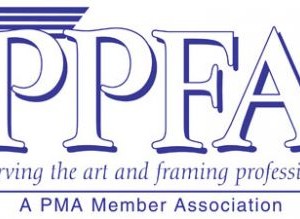 MCPF is the framing industry’s highest and most prestigious designation. The MCPF exam scholarship was created in 2010 by the PPFA Chapter Relations Committee to honor Kistler, who died in January 2010. She was a leading member of the custom picture framing industry and of PPFA, with service at the chapter and national levels. Kistler was awarded the PPFA Lifetime Achievement Award in 2009 and the PPFA Award for Innovation in 1999, which was renamed by PPFA in 2010 as the Vivian Kistler Award of Recognition for Innovation. A well-known speaker and instructor, Kistler, who developed October as National Picture Framing Month, founded Columbia Publishing in 1984 and produced the Library of Professional Picture Framing in addition to authoring over 20 books and hosting over 15 videos.

As the winner, Wollangk is entitled to a free sitting for the MCPF exam, and upon completion of the exam will receive a $500 stipend to offset costs involved in taking the exam. The PPFA provides the opportunity to earn PPFA certification (or to update credentials) throughout the year, including at the PPFA 2012 annual convention, which will be January 29 through February 1, 2012, in Las Vegas, Nevada.

The two recipients are entitled to a free sitting for the CPF exam during the 2012 calendar year and a complete set of PPFA-recommended CPF resource materials from PPFA Business Resources.

Through the PPFA Certified Picture Framer (CPF) program, framers test their know-how in preservation, general knowledge, mechanical, math and mounting to earn the framer’s mark of excellence—the CPF designation. More than 3,800 framers worldwide have achieved CPF status since the program’s inception in 1986. ppfa.com