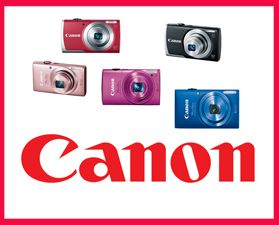 The Elph 330 HS provides wireless connectivity and Canon’s HS system developed to deliver clear images with minimal noise and maximum detail even in low light. All three also offer smart auto mode to enable novice photographers to get optimal camera performance automatically. Smart auto allows the Elph 330 HS to detect 58 different scenes and the Elph 115 IS and PowerShot A2500 up to 32. And eco mode is incorporated in the trio—a new method to manage power consumption and extend battery life by 30%.

“With the introduction of these sleek, new models to our family of PowerShot digital cameras, we are able to provide our customers with a range of imaging options including more models with wireless connectivity to upload and share their amazing creative images,” said Yuichi Ishizuka, executive vice president and general manager, Imaging Technologies and Communications, Canon USA.

PowerShot Elph 330 HS. With built-in wireless capabilities to share its 12.1 megapixel images captured with a 10x optical zoom lens (24–240mm), after an initial setup the Elph 330 HS connects to iOS or Android smartphones and tablets. Users can launch Canon’s free CameraWindow app to wirelessly transfer photos and videos from the camera to their phone or tablet. Frequently used devices and accounts are stored in the camera’s wireless history menu for one-touch access.

With these wireless capabilities, users now have the ability to comment on their uploaded photos directly from the camera to be part of conversations taking place on social networking sites. In addition, consumers can control the destination of Facebook uploads—choosing to share content with everyone or post photos only to selected Facebook groups. They can also upload images wirelessly to Canon iMage Gateway and automatically upload them to a computer remotely. For prints, images can be sent wirelessly using Wireless PictBridge to select Canon wireless inkjet printers, including the Pixma MG6320 Photo all-in-one printer.

Other Elph 330 HS features include: ISO 6400; a dedicated movie-record button to capture 1080p Full HD video; a built-in stereo microphone; hybrid auto mode, which utilizes a combination of smart auto and intelligent IS to create steady HD video clips (up to four sec) in movie digest mode every time a still image is shot; 6.2-frames-per-second continuous bursts; and a choice of three body colors: black, silver and pink. The PowerShot Elph 330 HS ships in March for $229.99.

PowerShot Elph 115 IS. This pocketable model features an 8x optical zoom lens (28–224mm), a 16MP image sensor and a Digic 4 image processor. Users can record HD video with a built-in microphone and Canon’s intelligent IS technology, which matches the lens movement with one of six stabilization modes for smooth video. With in-store availability in March, the PowerShot Elph 115 IS will be offered in blue, silver, black and pink.  $169.99.

PowerShot A2500. With a 16MP sensor and Digic 4 processor, the A2500 utilizes a 28mm wide-angle lens with 5x optical zoom that extends to 140mm at the telephoto end. It, too, includes smart auto, a dedicated movie button to record HD video, digital IS to reduce the effect of camera shake and subject movement, and eco mode. For photographers looking to be a little more creative, the camera features various scene modes, such as fisheye effect, toy camera effect and monochrome. And for newbies, a help button provides explanations of camera settings and functions. Due out in April, the PowerShot A2500 will come in silver, red and black. $129.99. usa.canon.com 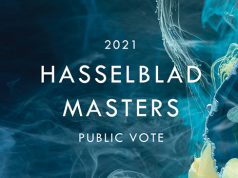 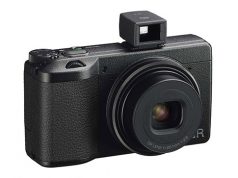