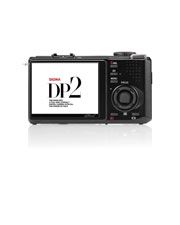 Ronkonkoma, NY—Sigma Corporation of America announced that the Sigma DP2 Merrill compact digital camera will be available on July 12 for the street price of $999.

The upgraded, high-resolution, point and shoot with a fixed lens is named in honor of Richard “Dick” Merrill, the cocreator of the Foveon X3 Direct Image Sensor technology that powers Sigma’s lineup of cameras. It differs from its predecessor, the DP2x, because its resolution has grown by moving from Foveon’s 14.6 megapixel APS-C size image sensor to the 46 megapixel APS-C image sensor found in the company’s flagship SLR, the Sigma SD1 Merrill.

“We are very proud of the engineering and design involved in the upgrade of the DP2 Merrill, and we are especially pleased to honor Dick Merrill with its name,” said Mark Amir-Hamzeh, president of Sigma Corporation of America. “The addition of the 46 megapixel sensor and the continued use of Foveon’s unique three-layer design results in images that can’t be reproduced by other cameras on today’s market.”

Other features of the Sigma DP2 Merrill include: RAW and JPEG format recording to retain full image detail as well as a convenient JPEG recording format; Sigma Photo Pro processing software; manual focus for use when autofocus or focus-lock is not desired; nine-point select autofocus mode that chooses the desired focusing point from nine frames, and a “free move mode” that allows shooters to select their desired focusing point; continuous shooting at seven RAW images per sequence; movie mode for recording VGA (640×480) clips at 30 frames per sec; and a hot shoe for use of the dedicated external flashgun EF-140DG (optional). sigmaphoto.com