Adopting the line’s fast responsiveness, the camera is geared for both still and video imagery of everyday life, cityscapes, portraiture, sports and wildlife. The RX100 VI is equipped with a 20.1 megapixel, 1.0-type stacked Exmor RS CMOS image sensor with a DRAM chip. The sensor works with an upgraded Bionz X image-processing system employing a front-end LSI to maximize processing speed and optimize image quality in all shooting environments.

Additionally, the P&S features Sony’s fast hybrid AF (autofocus) system with 315 phase-detection AF points said to acquire focus in 0.03 second. The phase-detection points, which cover approximately 65% of the sensor, work with contrast-detection AF. Moreover, the camera can shoot at 24 frames per sec at full resolution with continuous AF/AE (autoexposure) tracking with a buffer limit of 233 images. It also produces 4K video with full pixel readout and no pixel binning.

Furthermore, the integrated lens offers the power of both 24–70mm and 70–200mm focal lengths in a compact design. This is achieved thanks to its unique design featuring two ED (extra-low dispersion) aspherical glass elements and eight aspherical lens elements. Moreover, they include four AA (advanced aspherical) lenses.

The new lens also maintains a large aperture throughout its zoom range. As a result, portraits can be created with background defocus and fast-moving subjects can be captured in focus. In addition, the lens has built-in Optical SteadyShot image stabilization equivalent to a 4-stop faster shutter speed. This also helps to prevent blurry images when shooting in low light or at telephoto zoom range.

Further, the camera has LCD touch focusing and touchpad focus point control. These functions were added for users who would like to drag their fingers to the focus points of their choice.

To complement the AF system, the display lag of the electronic viewfinder (EVF) was reduced compared to prior models. Also, for convenience during playback, continuously shot images can be displayed in groups instead of individual shots.

In addition, the RX100 VI has an anti-distortion shutter (1/32,000-sec maximum) engineered to reduce the rolling shutter effect commonly experienced with fast-moving subjects. The camera is also designed to shoot completely silently in all modes, including continuous high-speed shooting, when the electronic shutter is engaged. A mechanical shutter mode is also available.

Furthermore, in 4K mode, the RX100 VI utilizes full pixel readout without pixel binning. This allows it to capture the finer details of 4K video with minimal moiré and jaggies.

The RX100 VI is equipped with a high-contrast 2.35M-dot OLED EVF with Zeiss T* coating. The EVF retracts in and out based on user preference, and a one-push access button can activate it.

Other features include: a touch shutter that can be activated by tapping the back LCD screen; a zoom lever with customizable zoom speeds; and an LCD that rotates 180º up as well as 90º down for various shooting angles.  There is also a monitor auto-function that boosts the max number of still images by up to 30%. And the camera is Wi-Fi, NFC and Bluetooth compatible.

The Sony Cyber-shot RX100 VI compact camera will ship in July. It will have a suggested retail price of $1,200. 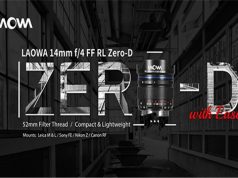