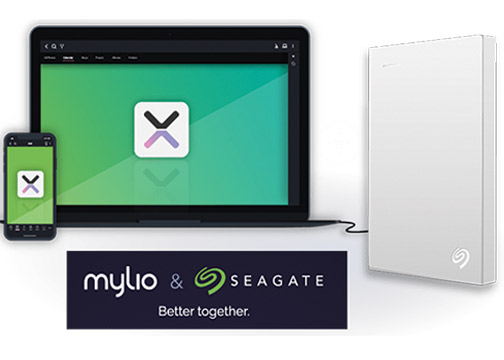 Bellevue, WA—In February 2019, Mylio released its first partnership with Seagate. As a result, every  Seagate Backup Plus drive and One Touch drive included a complimentary year of Mylio Create. Now, Mylio and Seagate have extended their partnership with the new Seagate PhotoDrive. Mylio is a photo organizer app that manages digital clutter across devices.

Last week, Seagate released its new PhotoDrive. For a limited time, the drive comes with three complimentary years of Mylio Create. Valued at $150, the plan includes automatic multi-device syncing for up to 50,000 photos; premium editing features; as well as cloud-optional backup storage. The Seagate PhotoDrive with the Mylio Create plan is initially available only at Walmart.

“We are thrilled to offer the complimentary Mylio Create subscription to customers who purchase Seagate’s PhotoDrive,” said Jeff Fochtman, Seagate’s vice president of Global Marketing and Consumer Solutions. “Now, it will be easier than ever for our users to organize and curate their photo collections while de-cluttering their digital life across all devices.”

In addition, in the past year, Mylio has experienced exponential, 7x year-over-year user growth (2019–2020). This is primarily attributed to three factors: Mylio’s expanded visibility efforts, including its offerings with Seagate; refinements of the app; and also marketplace changes.

“In 2019, Mylio debuted online advertising, PR and also social media; launched its first offering with Seagate; and an affiliate program,” added Mylio CEO David Vaskevitch. “We also simplified the app, making Mylio more appealing to a broader base of consumers.”

Furthermore, the photo management landscape has dramatically changed since 2019. Specialty solutions like Aperture, Picasa, PikNik, iPhoto and others are gone. This left a sizable void in the middle of the market. People who take a lot of photos need a way to organize and preserve them, and for non-photography professionals, Mylio is the last app standing.

Vaskevitch added, “These market changes opened the door for Mylio to provide an advanced solution across the entire photo organization and management journey; from importing and storing, organizing and searching, to editing, experiencing as well as sharing photos. Our expanded relationship with Seagate and availability in Walmart will help us introduce Mylio to more consumers seeking a complete photo organization and management solution.”

Mylio is a simple solution for organizing and managing digital photo clutter. What’s more, it enables users to automate how they preserve, protect and curate their photo memories.

As a visual organizer, Mylio offers multiple ways to store, protect and also access photos. In addition, it provides the control, autonomy and tools needed to organize photos across devices.

Furthermore, Mylio is a free service that also offers a premium service for photo enthusiasts. The Mylio app is available for iOS, Android, Windows and macOS. 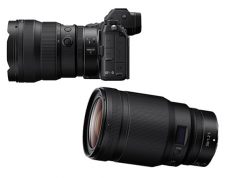 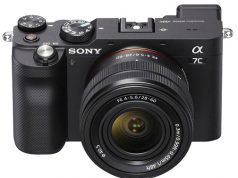