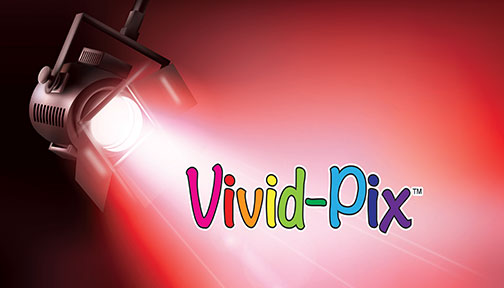 There’s a company that wants to make it easy to fix images, whether they were taken on a recent dive vacation or at a family gathering held 50 years ago.

Vivid-Pix was founded by Rick Voight and Randy Fredlund—two Kodak alums who have been working on restoring pictures for years. “We knew there were ways to improve pictures, and we invented products that live up to the Kodak slogan: ‘You press the button, we do the rest,’” said Voight.

“Years ago, I came home from a scuba trip and, as usual, ended up with a bunch of blue pictures. The typical underwater picture you usually see because much of the red light gets filtered out. Most people were settling for these blue pictures or using Photoshop or Lightroom to fix those kinds of problems. But we recognized that most casual photographers lack the desire to learn those software programs. Or they are in over their heads.”

So Voight and Fredlund formed Vivid-Pix and introduced SCUBA Picture-Fix software, focusing their efforts initially on underwater photos. “We have a patent for how we’re able to measure and affect pictures based on the depth and distance underwater and to the subject area. So that’s how we started,” explained Voight.

They knew that while scuba is a global market, it’s also a niche market. However, if you add in snorkeling, it’s more than 20 times larger; add leisure travel, and you’re helping people during their second most active picture-taking time. With this in mind, they decided to go topside as well.

“We began with underwater, but as we brought the product to market, people asked if it worked topside, on land. In fact it does, because it analyzes the picture and makes adjustments based on the ambient environment. So we decided to make it even easier to allow folks to adjust land-based pictures. We came up with a product called LAND & SEA, which is perfect for travel photographers.”

Vivid-Pix launched its second product six months ago, but there is still work to do. As passionate as Voight and Fredlund are about making it easy for ordinary photographers to fix pictures, they thought the market could also use a product for photo restoration. They saw this as a huge business opportunity.

“There are so many shoeboxes filled with faded photographs in need of simple color restoration,” said Voight. “So we put our science to work toward old scanned photos, slides, and black-and-white, sepia and color faded images. We call it RESTORE, and it fixes old photographs but also works on cell phone and other digital pictures.”

The basis of their mission is to fix pictures. “The photo correction business is enormous,” said Voight. “And we’re looking to help the amateur and enthusiast market with a fast and easy way to fix their photos.”

Their primary retail strategy involves an affiliate model for photo retailers. “We provide our partner affiliates a retailer code (a POP code), and if someone sends us a lead, we can track where it came from. So, as an example, if someone is using a social media platform and they have a URL link, it can carry the retailer code, and we will pay a revenue share of 40% when the consumer purchases. Our retailers have the relationship with the customer, and if they can bring us the customer, we want to reward them for it.”

While Vivid-Pix software has been sold in 65 nations—through the scuba market—and by retailers around the globe, Voight and Fredlund see an important opportunity with photo retailers whose customers are anxious to improve their pictures.

“Eighty percent of images are being captured by mobile phones and compact cameras. And there are also over five trillion pictures in shoeboxes, and twice that sitting in digital shoeboxes. There is a huge opportunity to help those people get better pictures. Our RESTORE software can help improve images and store them electronically in a better form,” Voight said.

There are other opportunities as well, like the ancestry business. “There are people who love photos and the stories behind them. They’re just looking to improve the photo and capture the story so they can pass it down to future generations. For local retailers, we recommend inviting people in with those types of images, show them how easy it is to restore them by using our RESTORE product, and earn margin while doing it.”

Vivid-Pix is also kicking off a program with Patriots for Disabled Divers. The organization helps warriors coming back from conflicts with psychological and physical disabilities. “We’ve created a program whereby a portion of our sales go to this group, and a portion goes to the retailer to help promote the group. We are very interested in giving back to our local communities, and this is just one example of how we’re doing it.”

If you’d like more information on how to get started with Vivid-Pix, you can e-mail Rick Voight at rick.voight@vivid-pix.com or call him at 770-657-7007. Check out their website at vivid-pix.com.