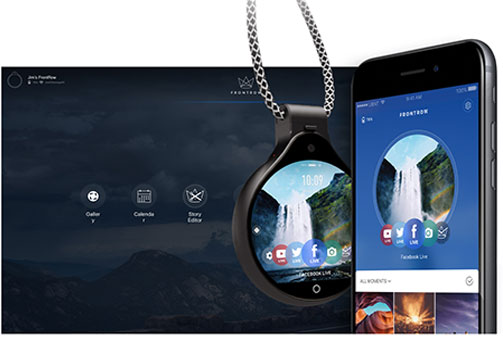 In addition, unlike traditional cameras and smartphones requiring manual operation, FrontRow can operate fully autonomously. This allows one to capture happenings and events while completely staying in the moment.

An interlocking connector lets consumers wear the camera using the included lanyard or magnetic clip. Third-party chains may also be used. Upcoming accessories will include a car window mount and coil mount.

FrontRow features cameras on both sides. The primary, 8MP camera provides a 140º wide-view lens that, combined with its microphone array, allows for more complete capturing of experiences. It records Full HD 1080p video with optical image stabilization. It also has a speaker. In addition, an easy-access, clickable media button is used to start and stop many of FrontRow’s functions.

Moreover, the device has a standby time of 48 hours. It is capable of capturing in story mode (time-lapse capture) for 16 hours and in live streaming mode for two hours. Furthermore, with its USB Type-C connector, FrontRow can be charged on the go using Type-C smartphones. Specs state it has a charge time of around 20 minutes.

In addition, built around a custom, 2-inch circular touch screen, FrontRow’s user interface enables instant live streaming on social networks, including Twitter, Facebook and YouTube. It also integrates with a variety of popular applications, such as Dropbox and Spotify. And it includes 32GB of internal storage.

Another feature is Bluetooth connectivity to smartphones. When running the FrontRow app (iOS and Android), users can transfer captured content as well as remotely control the camera. The device can also be accessed (even remotely) through the Internet using the web UI controller at frontrow.com. 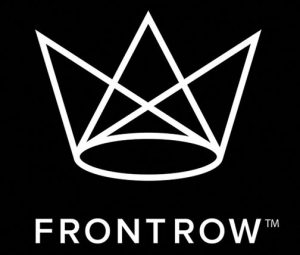 “Although FrontRow’s user experience and graphical user interface are unique,” announced Ubiquiti, “its underlying operating system was designed to be Android-compatible in an effort to open up third-party application development.” Ubiquiti welcomes users and developers to discuss new applications to shape the future of the platform with FrontRow’s engineering team on community.frontrow.com.

The majority of the company’s resources consist of entrepreneurial and decentralized R&D teams. Ubiquiti does not employ a traditional sales force but instead drives brand awareness through its user community, where customers can interface directly with R&D, marketing and support.